I came to tell my story to all these young and eager minds
To look in their unspoiled faces and their curious bright eyes
Stories of corruption, crime and killing, yes it's true
Greed and fixed elections, guns and drugs and whores and booze

I used to have a wad of hundred dollar bills in the back pocket of my suit
I had a .45 underneath my coat and another one in my boot
I drove a big ole Cadillac, bought a new one anytime I pleased
And I put more lawmen in the ground than Alabama put cottonseed

I spent a few years on vacation, sanctioned by the state I mentioned
But a man like me don't do no time too hard to come back from
The meanest of the mean, I see you lock away and toss the key But they're all just loud mouth punks to me, I've scraped meaner off my shoe

Somewhere, I ain't saying, there's a hole that holds a judge
The last one that I dug myself
And I must admit I was sad to lay him in it, but I did the best I could
Once his Honor grows a conscience, well folks, that there just ain't no good

There's a pretty girl out there said "Daddy, you stay cool tonight
All I need from you is to come home and be here by my side
Say what you gotta say to shut their Bibles and their mouths
If they was to tie a noose, they'd have to lay their Bibles down" 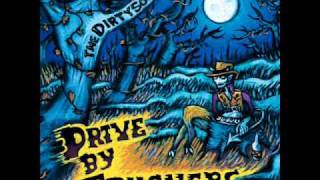