I don't feel it man, the drums are too weak
I don't feel the snares
Coulda used a different type of sample
You're wack man, yeah

Yo, that kid is wack, his father's wack
His group is wack, that's word, word black
I'm detrimental, I hop up on this instrumental
Smack your face with mitts, a pile of grease filled with grits

Burn you like Teddy Pendergrass, tap you on that ass
I'm Big Jim, shut your mouth, call me Jimmy Steel
Don't freestyle, Chemical Bank, y'all keep it real
On Lollapalooza, their butts packed with German Lugers

On tour dates, stashin' mad work in milk crates
Rock groups get smacked, speakers dropped, on they back
Some damage I'm raw, kid the blood is on your kneecaps
Let's get scuffed up, your castle more than roughed up

Pockets with royalties, you gets, no loyalties
That's word bill, sell your house's mortgage off the hill
I'm for real necks, payin' crackers for my Ampex, yeah

You got commercial records, no monies in your wack pockets
You get jerked, my Master charge card's doin' work
Eight thousand grills, all these Franklin heads, big head bills
You go 'head wrap balogna sandwich in yo' backpack

School kids up no joke on record labels, y'all still broke
Don't flex at me, who's this kid, standin' next to me
I got versatile sawed off shotgun WIC checks with me
Suckers I'm android, no time to feel paranoid

Blow out your face, pull your skull back, now give me space
My wig is ready, disguised, ridin' on the subway Baldhead on 42nd Street, down on Broadway
With Tony Lou, out of prison, my crew from Rahway

I got dreams to wear your parts off your cash machine
That's in the window me with bags, in the Wells Fargo
Changin' your incite, I'm high class, with appetite
You no comp, for roast pigs, I delete
Your style is neck bone, my cab rides by your street, yeah

I twist the bums out the project, elevator lights is out
Y'all wanna step to Phi B, big like the [unverified] family
Holdin' your ear, like you handicapped, you can't hear
Touch up your young style delivery, don't appeal

Follow through, instructions easy for your rap crew
That's word, that kid you rapped, sound like BooBoo
Stinky feet, with razor bumps, tryin' to rap on beat
I cut your fog lamp down like meat, cut, by the pound

Heather B, step to me, with your thin sound
Twist your knobs, your engineer, mixed like Baskin-Rob's
You on the charts, with just enough to Pop Tarts
Publishin' checks you signed off, you gets no respect

You gets to lease the Benz, cryin' loud with your WIC check
No sale retail, deposit all direct sales
Yeah, check it 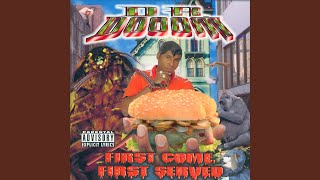