(Keith Murray)
We be's hard to the core, sleepin' on the floor,
Step on stage, the fly girls adore,
With the wicked rhymes that you never heard before
The lyrical lexicon, matador's metaphor...

(Redman)
I be like, yes-yes y'allin, to the life beatin,
The Funk-Diggy Doc be comin' through non-sweetened,
The 7-G Steven, I give you 10 minutes of that high-powered shit
Til your heart stops beatin...

(Erick Sermon)
??? 's the new member, flows tight, lethal,
Scarin' those like I made the Scream 2 sequel
Still the Grandmaster with the two MC's
Def Squad, Keith Murray, and the R-E-D...

(Keith Murray)
And it don't make sense going against -
I got too many styles, E got too much experience,
Now you can swim or sink or jerk to think
Or you could freshen up or let your dirty-ass stink,
I don't give a f*ck...

(Redman)
Wagga, wagga, wagga...
Now why you tryin' to get funky like my name Big Bub,
I'm from the Def Squad nigga, so show me some love,
When I spit, I grab the dick, I'm like Puff
I can't stop until I'm in helicopter cockpits...

(Erick Sermon)
Ain't that right, E-Dub the top civilian, humble,
with about sixteen million, stay hard rock like if I was Charles Dutton, if you got balls to test, then yo,
Push the button...

(Keith Murray)
Yo, push comes to shove, we rise above,
and stay dedicated to rap like Ghetto Love,
People gettin' mad from the money we makin',
but they've been playahatin' since days of rollerskatin'...

(Redman)
Yo what's yo name digga, comin' through non-stop,
I be that nigga f*ckin' your girlfriend on your block
And when I bust that 360 degrees, I'm not Busta
But put your hands where I can see...

(Erick Sermon)
Can't be faded, me and my Squad is R-rated,
Hear my boys rockin' to somethin', you can bet I made it,
If not, confiscate it, it's like fake, it wasn't made by me,
Red - show'em who you be...

(Redman)
Oh, it's my turn to burn, to wax again,
It be's that nigga robbin' your crib with the Mack-10
With my nigga E-Dub, causin' troub', murder ya like O.J.
with the f*ckin' same glove...

(Keith Murray)
And it-ain't-no half-steppin', shit,
we gets to rappin' like a nuclear weapon,
And y'all don't blow up, and we always do,
Take our advice, and y'all could blow up too
Explain lyrics
Correct lyrics 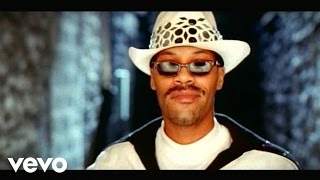