For she's perhaps quite clever
On the mic, I'm Wizard, call me Chris Webber
Scary, wise, I'm way past terror
I make like Jay-Z, then Roc-a-Fella

Twist your mind to pieces make ya think I'm losin'
Yeah, niggaz try to provoke me
But, I'm a tower God
So, there ain't no hope

Bitches like dope E so, I resume, if they step
I Buck-a-Shot like I'm Black Moon
Let me ask you's, y'all feel that like Erykah
Control the states and make a Def America

My styles legit, peep the steez a bit
It's official, like a licensed forty-five pistol
Word to the preacher's wife
I got the power to annoy ya

And keep them shiesty folks on point
I'm the butler servin' MC's
Because I love to
N-O, quote, you're a customer

I put you in your right mind and frame
I derail tracks and rappers like Doc designed the train
All aboard with the Def Squad, if you can hang
My name be precise range, when I aim, I flame

f*ck a gun, when I was twelve, I was bustin' 'em
Young, just wanna have fun, like little Just' and 'em
But Doc never trusted them hoes, double crossed me
Foes, I take it to the nigga, started you hustlin'

Whether it be weed, dope or coke
My athlete flow make Doc show, soak his toes
Make niggaz bow down, when I'm drunk off Gold Crown
Pull out the pound, bust off my ro ro ro round

Jump out a tree, land on your neck
From the moment you start pumpin' Redman in your deck
You be like damn, that's what I ride for
If I apply more pressure, it'll snow on July Fourth

Son spark the spliff, bark the fifth
The tracks make acrobats lose their arch and shit
If you came to brawl, we love to get involved
My squad lickin' hard for all white people to jawl

MC's it's the final countdown
You look tired can you go the round
If you can, I'll slap your hands and give you credit
If not, I'll turn around and say forget it

MC's it's the final countdown
You look tired can you go the round If you can, I'll slap your hands and give you credit
If not, I'll turn around and say forget it

Yeah, nobody rock harder than this
Closed jaw, stoned face, mic extremist and I doubt it
You could kiss my ass and make a love song about it
'Cause, I'm 'bout it and their livin' without it

Yeah, wantin' to battle with me as hard as it gets
Get niggaz in jail watchin' Soul Train turn off the TV, lyrical vet
Flippin' twenty-six letters of the alphabet
You talk shit, you deserve what you get

I'm heartthrob, leave you dead as a door knob
Not a hip hop cop and not down with the Mobb
Capable of handlin' multiple responsibilities
Simultaneously with communication capabilities

From high class to mid class to low and greedy
I will instantaneously bust an MC
The non forgetter, hit you with the one hitter, quitter
And make you exercise your shit up, nigga

Represent for the real gangsters and drug dealers
Know half your little rap and I'm cappin' and slappin' niggaz
Same niggaz takin' this squad shit for a joke
Pull the pistol 'bout to smoke, they choke, blood spill at the pope

Their cowards, gettin' rained on like a shower
Live form NYC, E, Red keepin' me, Mally G
Master the ceremonial, off the meat rack
Call you weak, keep gats, pandemonium

Phony tough Tony ones, we dip dip die in the place
House, that was some hardcore rap
Realer than black, black baseball bats and black gats
'Bout to black out on all you wack cats

MC's it's the final countdown
You look tired can you go the round
If you can, I'll slap your hands and give you credit
If not, I'll turn around and say forget it

MC's it's the final countdown
You look tired can you go the round
If you can, I'll slap your hands and give you credit
If not, I'll turn around and say forget it
Explain lyrics
Correct lyrics 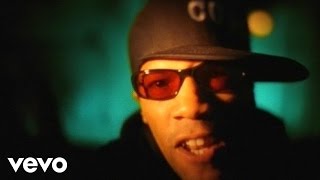