Black To The Future Lyrics

Black To The Future Lyrics


(22 million black victims of Americanism are waking up)

As-salaam-alaikum, blackman
Time to make a stand
Time to wake up, and
Time to make a plan and band
Together like China
We need to find a
Better form of unity
Then we'll be
In the right path, on the right track
Dark or light black
Don't let em tell you it's wrong to fight back
(Come on)
But the enemy is not your brother
It's that other muthaf*cka
The one that baited, robbed and degraded you
And he don't like to see you've made it through
The bullshit that came with bein a brotherman
Stolen from the motherland
Placed in another land?
400 and some odd years ago
Till about the time we wore afros
We've come so far so fast
>From what they call the past
But that just passed
And we're the last in line for justice, what's this?
Naw man, that ain't gon' work, yo, bust this
Black to the future, back to the past
History is a mystery, cause it has
All the info
You need to know
Where you're from, why'd you come
And that'll tell you where you're going

(We gotta unite
We gotta work together in unity and harmony)

Black to the future

Black to the future, what a funky concept
A poet with soul, brothers and sisters, let's step
Together in sync, just think about the outcome
We know where we're goin, because we know where we came from
A united state of mind
But not the kind
That the United States government fakes
(Nope) They don't practise what they preach
Maybe they don't believe in those false beliefs
Themselves, and I can tell, cause they look scared
To see us comin up, because they're not prepared
For a new breed of leaders
Eager and fired up
And tired of
The lies you feed us
So we just
(What?)
Got together like one nation under a groove
Gettin down, and the funk of it can move
And start a movement of self-improvement
And before you know it, you went Black to the future

I grab the mic with a kung-fu grip
So it don't slip, and come out on a positive black tip
Hip all my brothers and sisters to the real deal
With unity and knowledge I feel we'll
Uprise, who knows what lies
Ahead, but you can't see if you're livin with shut eyes
So realize, united we stand, divided we fall
Provided we all heed the call
Comin from the muslim, or the rasta man
Two forms of a positive blackman
W.E.B. Du Bois and Booker T
King and X, Farrakhan and Jesse
Men with means that differ
But their goals were equal
To uplift African people
Through violence or non-violence, I don't care
As long as we get there (Where?)

Black to the future

What a funky concept

[ Man ]Hey brother
Excuse me, man
I don't mean to bother you, man
But I -
Brother, you think I can get a little bit change from you?
[ Jef ]Some change, man?
[ Man ]Yeah man, I just need a little bit change, man
You give me some change
That's all I'm askin
[ Jef ]Aight man, I'm gon' give you this change, man
But I want you to listen to me for a second, alright?
[ Man ]Alright man, whatcha got to say?
[ Jef ]Brothers always talkin about change
Brothers'll change their clothes
To go out on the street and make some quick change
A brother might even kill another brother over the wrong change
Brothers change from men to women
Brothers change their hair from natural to that damn jherri curl
Brothers even change their eyes, man
Brothers always talkin bout change
Goin through changes
Changes, changes, changes
But when it come time for a real change
Brothers change their mind, man
[ Man ]Aw man, I - I hear you, man
Hey man, you gave me more change than I asked for
You must be one of them revolutionaries, man...
Explain lyrics
Correct lyrics 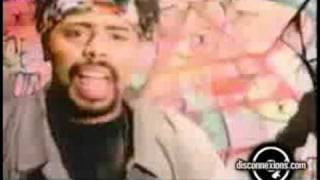