Give me a bassline, and a mic just in case I'm
Prepared to rhyme and get hype, I won't waste time
Craig G is back in effect with a flow and a flex
And it don't matter who's on next
Cause there won't be a mic left
And the stage got ripped from the hype steps
Speakin of steps, don't step to this
Cause Craig G's just too treacherous
With a mic in hand I command like a foreman
And all of my troops'll start stormin
So any MC in the vicinity
You better run or prepare for an injury
Yeah, that's the way I like to flow
One rhyme to your mind's like a death blow
I oughta be jailed for this
But to some it's considered a gift
So I'ma shoot it, just like a Mac-10
Way to the front and up to the back and You little wack hip-hop basehead
Here's a rap that'll turn your whole face red
A brother makes three LPs
And he's still sportin Pumas and Lee's
And his label wants to give him the boot
But he owes em so much loot
That they're writin him off with their taxes
It considers his albums as practice
But yet he took the time out to dis me
On some bold chance that he thought he could rip me
He called me his son, but is he sure?
I never slid checks under his door
So yo, watch your step, you little asswipe
Your album sales couldn't generate a flashlight
Or buy you a pack of gum
Your juice spilled, so here's a sponge
And if you try to play me as a kid
Just remember, I know where you live
And next time you hit the pipe
And you think you wrote somethin hype
Just think: I could kill you dead
But nah - I'll just rip you to streads
Punk
Explain lyrics
Correct lyrics 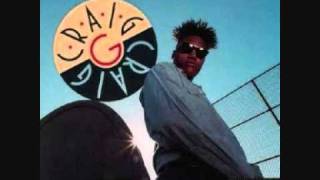