What Am I Lyrics

What Am I Lyrics

Now how old are you?

About six, on my BMX, doin tricks
Back to Middlesex with a couple of poor white trashy brats
Everything was coochie crunch till it was time for lunch
They said to wait in the back, they said that Pops ain't like black
See where I was the population's mostly white
Ain't it?
They wanna see you jiggaboo with your
face painted
Be brought home by one of their daughters and their fathers
fainted
They want to see you a failure so I never
became it
Light-skinned, showed them lead, curly-headed
Called me names, I was different, I was gifted, they made me ashamed
Found out that I'm a different shade when I'm in the second grade
Abe Lincoln's play, they want me to portray a slave
My momma's face went pale she looked like she wanted to puke
Now that I know the truth I'd rather play John Wilkes Booth
Although my family came and bitched and in the play my role was switched
My grandma told me I was fixed my problems wasn't fixed
My family seen my views of the world distort
Moms last resort, she decided we would move to Newark
I took a deep breath leaving everything I knew behind
The country air the green grass and my piece of mind
Harassed by white cops on our way we're pulled out our car
Mistook my mom for Joanne Chessimar (?) now I'm really scarred 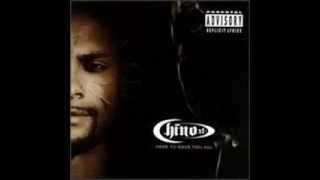 Rate What Am I by Chino Xl (current rating: N/A)
12345678910
Meaning to "What Am I" song lyrics
Watch Video Comment Enlarge font Correct lyrics Print lyrics