The realest unceasingly stay strong
2015, no giving away songs
Man think Chippy is living but they wrong
Informer fi dead and be giving away dons
Why don't South London rate East?
Like say we weren't the first one's writing
If it ain't FT, it don't impress me
Punch in the face on a come outside ting
Yeah, shit's never exciting
So give me one call, I'll belly that Breitlin
Shouts out Merky, TK, Ego
Shouts out shifts cause those, I put nights in
Old school strips hot, right by the chip shop
Money at stake, we kidney and pied him
Chair for Elf, one bag for Stelf
And gunshot for Maxsta because I don't like him
So if you're in that circle, fam
You're more washed up than a Persil van
I will clash five MCs on my own
Don't get love from the Murkle Man
I don't wanna make pals
I've got a lot of targets I wanna take out
I'm dangerous, I chill up in a safe house
Cuh the levels in the scene all played out
And you can't do a Bugzy Malone on me
Nah, let alone roll on me
Try raise your tone on me
Like I ain't got twenty bad bones on me
I like the power, it's grown on me
Kannan what's the matter?
Volver a casa
It means "go home, homie"
They sent for me to get known
They don't really know no beef
Truth is, I killed off Slickzz
I do a double, then I build up kids
I wanna clash five man on my own
But I ain't gonna lie, I feel like six
Cause in the 3rd it's real like this
And from "17" to "Fair & Square", I've been here all year
And Stormzy ain't better than me
But that's neither here or there
And it's not that deep, not that important
I was like 13, chilling in Alton
Now I've got me and the UK behind me
If you don't like the riddim, then report it
Send back, they wanna send back?
I ain't even gonna click that link
Why don't Jammer hand over the ten bags
Instead of spending the money on ten bags?
What's he gonna do when he's 40?
Still keep running that big man ting?
I ain't gonna lie, I ain't even turned 20
Still kill mic and I bring man in
Who's that don? That don is a pussyhole
Don't act like you've got links on links
Me, I'm the connect, come be a middle man
Opportunities for drinks on drinks
And wait, I ain't even finished
I swear down, I worked for my spot
Don't care who, anybody knows
Act like Devilman, I ain't concerned in God
And I deserve the handicap clash
Don't believe me? Then turn it off
If not, pick five names out a hat
I came from the flat, I'll burn their blocks
And me, I still ride for the cause and they can't say otherwise
And I don't run into the other side
Because they get ducked down by the other side
And they already know that I go hard
Hop out the car, they get butterflies
I went to Derby to buy the toy-oi
But I never went and got that gun of Eyez
Revolution's televised
Don't need fame, nah, don't need hell of eyes
Most grime MCs just chasing a deal
Truth is, they're barely getting by
And so many tunes 'bout how they're goons
And they've got all the girls and they're hella fly
When Bugzy Malone said Chip owes a hundred bags
Was not telling lies
And I was gonna leave out Mez
But he sent before, so let me lick off his head
Them man are Judas, can't ever move us
Me, I'm on the table giving out bread
Let me bless this wine
Cause you already know I'm way more than next in grime
Don't want none, not even a quarter
Just like 36 Zs in 9s
Nah, don't ever be one of them
Man are mafia like Bun and them
Can't say I'm struggling, let's just say I've been juggling
Nah, it ain't that puzzling
You ain't seen suffering, you was on the roads for the fun of it
Me, I got bread, then I buttered it
Now you can't draw me out, cartoon it or colour it
You won't want none of it 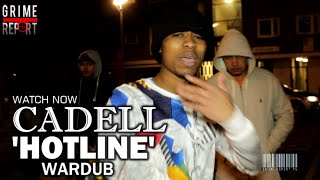