If you're just a friend of a friend, you're a fool
On it from nursery, not college or school
Couple of people are lost in the sauce
So a feature from me is now costing a Porsche
Bitches saying that I'm hot when I talk
It's such a shame that I don't care what they thought
12 followed me from the block to the court
Tryna stop me make a jib from a nought
Well, I'm in my primetime, wanna fight? Fight
Everybody's waiting till my mind's right
You was chilling at home, doing bitesize
I was dealing with life in the limelight
Given niggas stitches about 5 times
Been at my richest about 5 times
Whole time, you ain't even had 5 bags at one time
In your whole lifetime
I know it's little but you ain't got it
You know that me and all my mates rob it
Tie you up and do a tape of it
Dispose the body if it ain't a profit
And it ain't a loss
When you take a risk, you pay the cost
See you later, alligator
I'm burning your clothes and your trainers, I hate Lacoste

Hand on my heart, sign of the cross
I'm in control, I'm taking off
And when I land, I might buy some land
I don't know how much LA could cost
I wish I could talk to the haters (Haters)
Like how many lists did you take me off?
But now the country is changing (Changing)
And they call me New England's Patriot
And I didn't wanna get that alias
I'd rather be known as a quiet lad
I been going silent mad
But to get what I want, gotta try and stack
Dad said hold it down, I said "I'm trying, Dad"
"Why do bitches live the lie, go out, cheat, come home and then lie, Dad?"
"Was I wrong for making that rhyme, Dad?"
If I was, then my bad

I'm the youngest, I know that I'll buy straps
And the only one I know who'll rise that
Any given time that you provide that
Saying that you've 'grown', but where the size at?
Where the Benz, the Bimmer and drive at?
Shit I been through, you could not survive that
I don't wrestle, I ain't scared of Ryback
Get a truck and collide that
Hitch a ride back
I stand by my name, I don't like tags
There's more to music than the hi-hats
I send a shot and see white flags
So if you're the intent to supply man
Then we'll come and prevent your supply and that
Heard a couple man tried to violate
But I ain't making threats via snap, no time for that

And there's no limit to the heat I require
If I die, then leave the P all to Kaia
Think twice about beefing my squires
This shit got me wired
You was playing Stevie Wonder and Helen Keller at the same time
How the f**k could I remain fine?
They're plotting, standing by my grave side
Tell them pussies life is what you make life
I ain't made it yet, but I know how to do it
The Lord ain't saved me yet
He ain't come to take me yet
So why don't you get the hint?
Stop calling me family if we ain't relatives
I don't know what a shedder is, I'm way too ahead of it
And these bitches bend over for benefits
Learned that, I been celibate ever since

If it isn't money, it's irrelevant
Get out the Benz and I'm compressing it
I'm still out looking for my happiness
Not being rich to be depressed with it
I was playing Potter Payper
You was playing both sides, like Severus
Looking for me? I'll be where the devil is!
Stop trusting people for the hell of it
If you're a friend of a friend, keep distant
One phonecall is enough for 3 victims
I'd ride the whole time and be grinning
Just knowing I'm alive and he isn't
You might think like, what's this kid like?
Here's an insight to life I'm living
Been a loose screw from the beginning
Fell on my face young, I got three fillings

And the buzz that my niggas provide
Got my enemies sick of their lives
And bitches turn loose like they ain't seen dick in their lives
Call me Crazy Titch in disguise
With a little twitch in my eyes
When I put the tip in, she cries

And it's a choardie, no rentals we buy
And no, we don't declare what we got
And no, we don't care what you done in the past
We care about here on the spot
I'm talking bout me and 3.6 up in O
And we didn't have chairs in the spot
Just know if I go on a ride with my guys
You won't know where a nigga's from
And I ain't coming out if it ain't for Ps
I'm gonna be here with my dons
I hate when people get out of place
And they know they're in the wrong
4 single, 1 album, 1 LP
I ain't gone clear in a song
Everyone's asking about what I did
So I made it clear in a song

I don't wanna work with you
Because, I don't wanna spin you clear of a song
If I get into a madness, you ain't got me
You're just gearing it on
And if it's that, then it's that, cuz
We can take it there if you want
If you meet me you'll realise you ain't see no larier don
So just: keep it moving 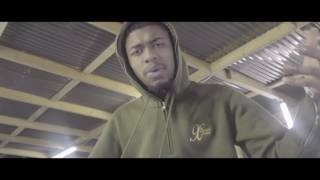