No more beef on social media
Any more problems? Then I'm seeing ya
Plus, we just got that hooptie
To make my situation easier
No more beefing me on diss tracks
Got too many youngers out on dispatch
Got too much responsibility
Niggas try belittle me?
You know that I can't risk that
No time for idle chit-chat
Disrespect my family
And you know we're taking no shit chat
And, yeah, you can pay for your shit back
But just in case you don't
We're taking teeth that we won't give back
This summer, I'm shutting down
And, yeah, I might slow it down
But, no, I won't dumb it down
And this winter, I'm f*cking it up
You thought last year was good?
Because that ain't nuttin' to us
So, when I catch you stuck in the mud
You better not run in the pub
You better stand your ground
Go and make sure the A-team's blessed
Roman Road, this ain't outward-bound
They think I ain't about it
Because I only move for like a thousand pounds
Soon, I'm gonna go town-by-town and clean up
You can never doubt my sound
I've been up the table, said "f*ck the labels"
But I need money now
And I never call for a meeting on a sweet ting
I turn up unannounced
I ain't gotta call these guys washed up
'Cause they know that the YGs run 'em out
f*ck your name, my name was bigger than yours
When I never had nuttin' out
So many TECs in the crib
You'd think I have corn in the morning
CID with the warrant
I won't let you perform it
You can take that weed, that's boring
Officer, I've got mula calling I can't bring that jawn in when I'm performing
So I'd rather go touring
OT living, get in the car
Where we hit and you're just a boss
That sneak-dissing got you a scar
Let me ching him, I was like "nah"
Told bro "you're securing the bag"
So now we're back, smoking back at the yard
Niggas sneak-dissing, thinking they're hard
I bet you ain't got no money on your card
I bet you ain't got no respect in the streets
I bet you ain't ready to die for your dargs
Me and my niggas are playing for keeps
You and your niggas are playing charades
You cannot go to the shop for these sweets
And you cannot go to the jail for these bars
Doing the drum, we ain't making a beat
We're looking for money and [?]
f*cking that p*ssy, it put me to sleep
Felt like a baby, I slept in her arms
Put this shit out, I don't want it to leak
Show these bitches I'm a nigga with charm
Wind the [?] up and spin her a yarn, ayy
Bussing a nut, then I'm garn, ayy
Told me to stay out the streets
I told her I'm calm
Look, when the lights are out and nobody is safe
I can't see dem man about
When I'm riding about, no face, no case
I can't see dem man about
When I'm bussing a bottle of champs in this rave
I can't see dem man about
So I don't know why dem man are acting brave
I don't see dem man about
But when you see man about
More time, I laugh and get lemon out
If you join the crew, you ain't getting out
And you've heard of me because I get about 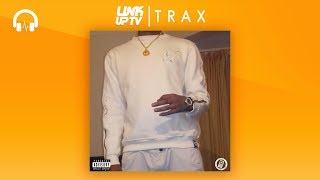 check amazon for No Hook (Outro) mp3 download
these lyrics are submitted by itunes3
browse other artists under C:C2C3C4C5C6C7C8C9C10
Songwriter(s): Merky ACE, Cadell