We like to murder in combat, war on the streets
.4-5, Glock 40's on sight to see
Me and the homies run deep like a wild pack of wolves
Attack like the Congo's when niggas talk bull
Better step and get further before them hollow tips spit
The Vulcan automatic with the Vulcan death grip
Walk the strip and still tote, see four in the tip
and explode on Kryptonite chronic blunts when we dip

Now step into my zone, we can get it on
Roll a coupe, not a chrome, f*ck a sack, I wanna zone
Stay blown on the strip, all switches away from dips
Next to the mack and the lil' homey talkin shit
He quick to blast on that ass, blood puddles in the grass
I thought "Make sure he dead, come back and then we smash
witta .4-5 automatic slug in his windpipe
Ain't no love, for a thug livin one life
We split wigs back like afro picks Flagged up, ain't your momma's style when we dip
Young hogs creepin thru the fog
Ready for combat, just me and my dogg
f*ck y'all, other niggas all on my dick
For the money and bitches ain't really down to do shit
Another lyrical cap into your cranium
We known to blow shit up like nuclear uranium

I explode like a nuclear warhead, wit this lyrical gang
that I slang like cocaine, makin the crowd bang
As we kick up more dust than a pick-up
Assaults, murders, and armoured truck stick-up
Cos ain't too many niggas that can f*ck with these
Gz, pumpin and dumpin them ridahs on fo' D's
Wit a fo'-fo', quote I give, "busters are jokes"
and watch the concrete smack him in his face when he smokes
Fo' sure, I'm known like the Boyz N' The Hood
A Menace II Society knows it's tryin me, best to knock on some wood
I bring it back to the good hooks, wish that they could f*ck wit this
lyrical microphone assassination hood spittin
.45 hollow point chips at'cha chest
The grinders penetrate a vest in the wild, wild West
So break north, south or east, retreat and meet defeat
It's West Coast, ready for combat, strapped wit heat 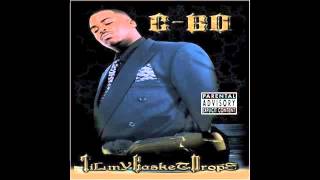