You say that I'm toughest, you say that I'm the one
No matter the category, can't compare me to none
The boy say he hooder than me, no he lying
He wanna be hooder than me, then nigga keep trying
You know where I'm from and I don't carry a rag
And all the shit that I've done and I dont care to brag
And when it come to beef I take it by the slab
Make the p*ssy retreat and all I throw is a jab
I represent the streets, my little homies in the ave'
Come around stunting, and they'll take what you have
Put it in the bag, jury in the cask
Once you lose your respect, there goes your ghetto pass
Be a dead man walking, all you gotta do is try em'
Turn a nigga into shark meat, I bet they'll never find em'
Call me the boogeyman, I'm always behind em'
Forty or the four-five or tek-nine em'

Niggas be yelling they all in
Blue when the police come around, you niggas be talkin'
Thats why I stroll slow solo
Police reports is a no-no, I talk with the fo-fo Dubcudda, lie you in your casket
Sock the lenses out your designer glasses
The west of the imperial, gun with no serial
O-G, but keep it H-double-O-D, to the O-D
Niggas can't f*ck with me, but f*ck with me
And I literally bury you bastards
Leave you chest down, with your head backwards
I stay strapped, so get it understood
Before this rap shit, I was f*cking with the hood
Them other niggas rappers, dub is the server
The opposite of death, loc I live for the murder
You know the G-code, 1-8-7 is the penal
Dub and C-BO

Ya, I'm rolling through the hood with the strap on me
When I see this nigga Im'ma kidnap homie
Duct tape clap, it's a grand rap homie
Then toss him off in the river, just like that homie
Born killas, nine milli's that handle mine
Play with me, you play with your life and I dont gamble mine
I'm from a set, where we wet em' just for their shoe strings
You might think it's f*cked up, but this is how do things
South side Sacramento dont stop in it
The maniac deuce nine, the block get it
When it come to the lick, we like to forty things
And i've been ali baba ever since the hood caughted me
Bandannas and big cannons we f*cking g's
Ak's and banana clips for the enemies
So go hard or nigga just go the f*ck home
If you ain't putting bodies in the bag, then get the f*ck home 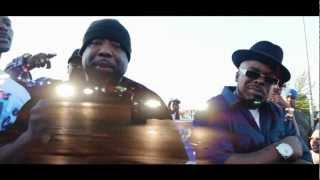 check amazon for 187 mp3 download
these lyrics are submitted by musixmatch2
browse other artists under C:C2C3C4C5C6C7C8C9C10
Record Label(s): 2012 Rbc Records
Official lyrics by