Yo
(Swifta production)
Yeah
Man know the season
Yo, watch this

So man wanna reach the heights that I've reached
They wanna drive the cars that I've driven
The clothes I get given, there's way too many
And my new walk-in wardrobe can't fit 'em
They wanna do the things that I've done
They wanna do it the way that I did it
I'm the originator, never been a mimic
And a Honda Accord could never be a Civic
I used to play Tony Hawk's
But them days are done, I'm not ramping with him
And man are still tryna make diss tracks
But there'll never be another "Relegation Riddim"
I get straight to the point
So the agenda's not hidden
You can go and tell the king that I'm coming
This isn't the Game of Thrones, if it was
Then the 01 to the 61's got a dragon
Forget about Winnie the Pooh or Aladdin
It's not a Disney story I'm chatting
None of these MCs can f*ck with me
Cuh they do more talking than they do rapping
I don't know why you talk about trapping
Them man are soft like butter, I'm stabbing
You can straight bar for bar all you want
But man know bar for bar that I'm savage
Man know bar for bar, I do damage
I'll leave an MC's headtop cabbage
Leave enemies in the past just like jungle and garage
Now she wants to get married
Cause she's seen me in gloves and a bally
Heard I'm an MC and I get paid good wages
To make the crowd go manic
I used to make change in the snow
I would have 50 pots in one grow
Now I get paid in shorts and a T-shirt
Cause I've got shows all over the globe
I hope this one's not a fix or a hoax
Got nominated for best video
Nobody's done what I've done this year
This time listen to the people's vote
Anyway, no big ting
I've got a new tracksuit, no big ting
In JD soon, no big ting
Some all-black split man's wig ting
Some matte black hitman sick ting
The kind of tracksuit man use to make a man go missing
This is supply and demand part two
Cuh the old T-shirt sold on a quick ting
Yo, the green light means go
But the red light means don't phone my phone
Speaking of red lights, I was in Amsterdam
So high you would have thought I smoked
One space cake had my legs like jelly
I'm usually light on my feet like Pele
I couldn't stop giggling
I was walking round the district higher than Kevin and Perry
It's mad, never thought I would see a penny
Then I just spent way too much on a three-part music video
Just so I could make the club scene entrance look like Belly
Them man are slow like Tom and I'm Jerry
Them man are Ron Weasley and I'm Harry
How are they gassed cause of Brotherhood?
They're only there cause I was way too busy
I don't know what happened with Adam Deacon
But you can't get me in a sequel for pennies
Not when Section 8 has got set directors Looking like they're not ready
I've been in the top ten twice
And certain MCs can't even get a top twenty
People lie, numbers don't
I can't but right now, I've got too many
Look, none of these niggas scare me
They act like they cannot hear me
Do you believe your girlfriend's with you
Cause you're a peng ting? You don't really
You and I both know that he's weird, G
Now I know why these niggas fear me
If I was you, I wouldn't let your girlfriend
Come anywhere near me
It's mad, cuh dem man know I'm coming up fast
Kick that door off, take that cash
It was groggy season
And man kept sending for the invisible man
Brand new tracksuit, all in black
Man don't wanna see me going on rags
Everybody knows that I, I

There's levels to this shit, I know mine
She's not a ten, she's a low five
She's a minor, I'm a gold mine
I sent her back to the roadside
I can't embarrass anybody
That's embarrassing themselves
2000 likes on Instagram
Doesn't mean that your name is ringing bells
You're a has-been and everybody can tell
If you're a snake, you and I won't gel
Copying me was never gonna help
You're just an imposter
He got an A in his GCSEs
And he's still not clever like me
Went to uni and then got a degree
But he's still not clever like me
See, back in 2013
I went to the Jobcentre to jobseek
Now I can stay in bed until two o'clock
And make ten grand on a bad week
I am the lone soldier of this scene
And nobody's f*cking with me
I am the wolf and them man are sheep
And nobody's f*cking with me
They want me out the game as we speak
But nobody's f*cking with me
And if you don't know and you wanna know why
It's cause I've got Manchester behind me, watch this
Look, man tried f*cking with the King of the North
And got stopped at the door
That's cause I had archers shooting down from the fort
They ran off the mission screaming "abort", ah 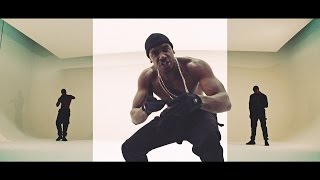 check amazon for Mad mp3 download
these lyrics are submitted by itunes1
browse other artists under B:B2B3B4B5B6B7B8B9B10B11
Songwriter(s): Bugzy Malone