[Ras Kass]
A young nigga gotta keep the rims chrome
That's why my arteries pump brimstones
disappear after breaking your chin bone
ready to flip ten songs
I might make sense known
Feet I tear it from ya like bedrock to a flintstone
Flint-Town, Michigan, who roll up in this bitch again
Rollin like Bentleys on Michelins
You said life ain't shit but bitches and money
Chronic and henne, taxes and tombstones
And slayin yahoes with killaz on the payroll
But anyway though, if we did sell drugs
We sophisticated thugs
Keep prepaid cells
So the feds can't bug
Ras Kass, I.D., Dayton Family
Scared niggaz don't cry
Cause we all gonna die
Spice boy niggaz get wesson
Cause they all gonna fry
Open up some projects in Hell they need more room
Cause most of y'all bitch niggaz is coming there soon (what)

[Bootleg]
All Eyez On Me
Holla Thug life on BET
Gave the whole world the finger on MTV
Tupac Shakur, he was born to be a renegade
A product of the streets
Now look at what our streets done made
And took away all in the course of a day
Frivolous beef got me lookin the other way
You used to say that you was never afraid to die
So put a blunt in your casket let you get your dead homiez high
A true thug that was born to ride
Say what you say, when he passed away
The game died
It was you against the world
I know that shit was crazy
Believe me though, I know the whole world wasn't against you baby
You told sistas to keep they head up and never switch And if you switched, I bet you wonder why they called you bitch
Died too soon from unnecessary bullet wounds
Now college professors due lectures in their classrooms on your lyricism
Damn Pac, I wish you were here so you could hear em'
Incredible, Unforgettable, Biggie you was true
You're nobody until somebody kills you
Sophisticated Thugs!

[I.D.]
In the city, where hands get blown
Every city I mash through, there's at least 60 niggaz that'll blast you
Mash you out, Cash, Stash and heat seekin' lies
On the day, only on the earth 16 years and already crazy
Maybe I'll get blasted tryin to master perfection
Packin weapons, niggaz trippin, when you in the wrong section
Flexin muscles we're tusslin, doin it all for nothin
Cause the fight is all over when the pistols get to bustin'
But that's enough, I don't think noone is listenin'
They tryin to make us think it's cool, the war world that we livin in
But so, every memory, and all the game that they kicked it in
We really givin in, livin life for the sin and death
I bet somebody dies raw for the end of this song
That's the reason why I pray so I can make it back home
To be on top so long can't afford not to succeed
But everybody's killin over clothes, bitches, and weed
It's plain to see, it's about the money
But when they snatch the money we robbin for food like ain't nothin' funny
In 1999, all major leaders have a leader
In the ATF, fiendin black people they defeated
I said in 1999, all major leaders have a leader
In the ATF, fiendin black people they defeated

[Bootleg: talking] [woman singing in background]
Tupac Shakur, one of the realest thugs ever to pick up a microphone
I gives a f*ck what anybody else say
f*ck what you heard, f*ck where you from
East or West coast, I don't give a f*ck
I know who was representin' and who moved me when he picked up a mic and
spit that shit
Tupac mother f*ckin' Shakur
Died a soldier, lived a soldier
From the cradle to the grave, he was thuggin'
And I know you bitch ass niggaz feel what I'm sayin
Thug 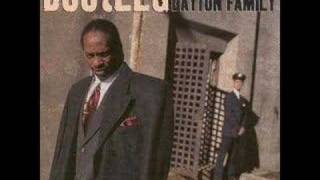