[Kenny]Yeah.. whoo! Aiyyo Will?
[Will]Whassup Kenny?
[Kenny]I got a serious problem man
[Will]What's the problem?
[Kenny]Yo after all these years of rippin shit
These suckers still try to front!
[Will]But check this out we've been on tour
with everybody so I don't know why they frontin
[Kenny]Everybody!
Y'all be in every party I be in every jam
I see they faces and they look at me and front
[Will]They come to every show and know we
break shit up all the time
[Kenny]You know what.. yo Kris, what's your opinion?

[KRS-One]
Yo, I love the way I am and can't nobody out here change me
Rearrange me, tame me, try to game me, you don't play me
When I grab the mic then SHOCK the party spot
Your rhymes are flip-flop, I'll rock, hip-hop
Non-stop, me nah stop rock
You CAN touch this, but you'll get shot
Now what's this all about? Kris and humanity
In my face you're happy, on vinyl you're mad at me
Yo, pro-blackness is your solution
But I don't really know about that style you using yo
Too many Teachers in the class spoil the class
After awhile you got blabbering f*cking fools
That's worse than always talking about sex, let's build
It ain't enough to study Clarence 13X
The white man ain't the devil I promise
You want to see the devil take a look at Clarence Thomas
Now you're saying, "Who?" like you a owl
Throw in the towel, the devil is Colin Powell
You talk about being African and being black
Colin Powell's black, but Libya he'll attack
Libya's in Africa, but a black man
will lead a black man, to fight against his homeland
An accomplice to the devil is a devil too
The devil is anti-human, who the hell are you?
I lecture and rap without rehearsal
I manifest as a black man but I'm universal
The capital K, small R-I-S
Capital P, small A-R, capital K, small E-R
We are, the star
Without the use of a car we go far
I build and destroy!

[Kenny]Yeah Kris, serve em man, serve em!
[Will]Yo why're they so jealous of BDP?
[Kenny]I don't know Will.. yo don't get mad, get fresh man!
[Will]Word
[KRS]Don't ever try to challenge BDP!
[Kenny]Man.. just shut the f*ck up and listen!

[KRS-One]
This shit is crazy! Your remarks don't faze me!
People have a problem with me, cause I ain't lazy
I talk on vinyl then I act What have you done, besides critique KRS-One?
I create organizations
Without organization, there'll be no black nation
What the f*ck are you really saying?
You ain't a human while your music's boomin anti-human
I'm assumin -- if you ain't human you're a beast
The white man could be the devil all the day, that's the least
What are you doing for yourself black man?
Trying hard to be the original man - who?
The first man, with the first tan, on the first land
with the first clan, who gives a damn???!
In history KRS is WELL advised
But it's something that my brain won't memorize
I don't base my whole life on memory
I base my life on my spirit and body chemistry
Africa is the home of humanity
Which makes the African a humanist, challenge me
You gotta learn not to be so concerned
with the original man, and see the criminal man, yeah!
The now man, with the now plan, with the now tan
with the right now genocide master plan
Damn! We gotta think about stopping this
God is not any black man on the land; God is conciousness
When you understand this you'll see Kris
Until then, you can get dissed
I'm not your prophet, messiah, minister, or savior
Chill with that ill behavior
I zero in like a laser
You're cuttin your wrists with a razor
I got all type of flavors
Yes I am the original teacher
You gotta study the Qu'ran, Torah, Bahavaghita
The Bible, Five Baskets of Buddha Zen
And when you've read them shits, READ them shits again!
But watch what you're repeatin
If you don't know the history of the author
you don't know what you're reading!
Yeah I'm still the original
Leaving MC's lyrically miserable
Their criminal syllables are minimal, show me respect BOY
Cause I build and destroy!

[Kenny]Now.. after all that
if anybody out there STILL got beef, check it out
We rip the lecture tours, we rip the beats
we rip the jams, we'll straight up rip that ass
knowhatI'msayin Will?
[Will]Word!
[KRS]Yeah it seems they all forgot
On the mic you'll get f*cked up
In the clubs you'll get f*cked up
Anywhere Bronx Brooklyn Queens Manhattan
Jersey Japan Staten Isle.. yo anywhere you'll get f*cked up
Don't you know we live for the battle?
I'm outta here
Yo cut that beat off
Explain lyrics
Correct lyrics 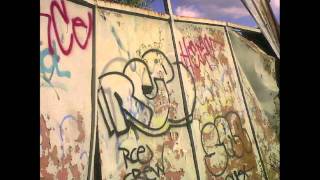