Well, I'm drivin my car, cross country
With a hundred guns and about six G
Me drivin through a town, me see two cops
They lookin at me funny like they really want stop
Me just turn my head, and gwan on me way
Put hip-hop ina de tape and press play
Me get one block and me hear "Pull ov-ah"
The guns are in the trunk, with a thin cov-ah
They ax me for ID, driver's license prefer
Me ax them "Was I breakin any law, officer?"
They said "Oh yes, you passed county line
Niggers in these here parts now is a crime"
I said "Is that so?", and cocked back me nine
Bust two shots, ina the bwoy head top
His knees just-a-buckle, and his body-a-drop
Me put the car in drive, and me did not stop
When I get to New York, I'm gonna set up shop Bwoy!

Me in a hotel, off ninety-five North
Everything's fine, and yes me on course
Me walk to a bathroom, take a lickle leak
But right out the window, I can hear the cops speak
"We have the place surrounded we're about to move in"
That's when I pick up my nine and just begin
PUMP PUMP PUMP! First copper hit the ground
PUMP PUMP PUMP! Second copper go down
Me jump out the window, tryin not to make a sound
Me run to the car, gunfire all around
I start up the engine, bust the barricade
All because illegally I want to get paid
PUMP PUMP PUMP! There goes my tire
Me spun out of control, the car caught on fire
Me jump out the car, put me hands in the air
Cops just surrounding me with pistols everywhere
They put me in the backseat of their car handcuffed
Pushed out them chests like they're big rough and tough
A cop come and said "You'll never sell your guns now"
I said "It doesn't matter, YOU'LL sell them anyhow
You take the guns from me, you sell them for a fee
Anyway you put it, they'll get in the city"
Hahaha... so still 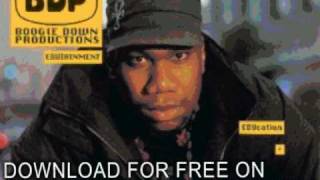