Black drug dealer, you have to wise up
And organize your business so that we can rise up
If your gonna sell crack then don't be a fool
Organize your money and open up a school

Drug dealer, understand historical fact
Every race got ahead from sellin drugs except Black
We are under attack, here comes another cold fact
In the 30's and 40's a drug dealer wasn't black
They were Jewish, Italian, Irish, Polish, etc. etc.
Now in 90 their live's a lot better
They'll sell you a sweater, a pair of pants cold hearted
But first sellin drugs and killin people is how they started
Drug dealer, black and Hispanic, stop killin one another
Cause in the ghetto we're all brothers
Organized economically, understand the psychology
America is the drug monopoly
They own the block and kill your brother for
Therefore, we got the same enemy - what's more, I go on tour
But who do you think picks up the bill?
A hard workin fireman? Chill

Verse Two:
Eighty percent of American business is created illegally
This is a fact I don't ask you to believe in me
If you're really in the drug game to win it
Eventually you're gonna get shot, open a clinic
Again, if you're really in the drug game to win it
Invest in a prison, therefore you can be put in it
Everyone else did it now they chillin
Above the law, while your under the law still killin
One another, wake up my Hispanic brother, my African brother
America's not your mother
Or your father, so don't bother with right or wrong
Just check out the logic in the song
Organize, realize, become unhypnotized
To the lies that your livin for the get high
See many people have forgotten the fact
That America was never ever built for Black
So when some people are gonna run and buy crack
Take the money and put it back into Black
It's only logic, see KRS-One will rock it
With knowledge, education for the people I’ll never stop it
Organize and legitimize your business
Remember, everybody else did this 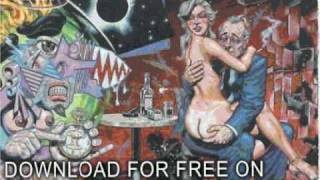