[ VERSE 1: Boogie Knight ]
I'm like a pitbull attack, with my rap I will
Chop all dirty dogs up just for a thrill
All German Shepherds are in deep check
And the Doberman gang, they give me big respect
I don't pee on the corner, I'm gonna wanna be
The tip-top dog, the Mr. Pedigree
My name is Boogie Knight and I'm a cold crush dude
I put gunpowder inside my food
And now I got no mercy, no siree
I'm like a pitbull, not like Lassie
Now people criticize the way I'm livin
For your information, I want a blue ribbon
The RK prowl, proud like a trooper
We be coolin, you need a pooper scooper
All the fly girls wanna take us for a walk
They like our physique and the growl as we talk
Now dogs out there, listen up real clear
There is no dog we fear
I bite ya high on the thigh, I won't let go
I bark in the dark and at the disco
I dog on the rap and I make top dollar
My manager gave me gold for my collar
I'm on the radio, got girls, got pull
My name is Boogie Knight and I'm like a pitbull

Arrfff, arrfff
Arr-arr-arrfff On the rap Romeo's like pitbull
I bite on to the beat, I don't let go
By the way, the RK has got pull
Go Romeo, go Romeo, go

[ VERSE 2: Romeo JD ]
It's an attack on your mind like a rappin canine
That'll tear you up and scare you up and dog your behind
Like a muscle-bound rap hound stalkin in the (park)
We're Romeo Knight, our bite is worse than our (bark)
So aggressive and possessive when we're doggin the beat
The competition just be wishin they could put us to sleep
It's like a all-night fight that'll keep you aggravated
Crush you like a milkbone and leave you mutilated
We eat steaks, rock breaks, have fun
And you eat puppy chow wonderin how we're number one
So Rover move over, the fight has just begun
So run Joe run, you're still on cycle one (sucker)
We're steppin on your paw, we'll pin you to the floor
Can't take it no more, so it's time to lock jaw
A fight to the death, so take your last breath
BK's for (Boogie Knight and JD for) Joe Death
Turnin you into a quitter, we're sure to leave you bitter
We're Romeo Knight and we're the pick of the litter
So Rome JD and he's (Boogie Knight)
So nothing's gonna save you from the RK bite
Huh! 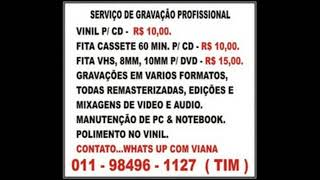