[Verse: Boldy James]
I used to get confused, choosing my battles wisely
I had to pick and choose
My friends came and went, but most of them was murder victims
Dead before 20 or caught a frame and had to serve a sentence
Free my nigga Raymond, realest nigga from the Murder Mitten
Stood tall, hit a nigga for ten thirty-sixes
All he wanted to do was ball, and spread the rock around
Built my foundation on solid ground
Always in and out of town
Waking up out of my sleep to them chopper round
Stick in a gleeko, ColecoVision
Me and Nico off the Cliquot, we got three hoes kissin'
Niggas eatin', gettin' fat, laced in Moschino, drippin'
Wishful thinking with the bag, we get them kilos missin'
Grew up in a hell hole, that's why I think so twisted
When your wifey a rich bitch, it make you treat hoes different
Had to pay my respect, ain't takin' likely to no threats Take a nigga connect, kill him in blatant disrespect
Erase him with a text, pop up at your mother crib
From the city where niggas get hit for shit that they brother did
f*ck a gig, my niggas out here grittin' [?]in Upper Striggs[?]
Ain't have a f*ck to give, but shit, for now, this just what it is
Grandma cussin' me out, quit runnin' in and out the house
What's all the fuss about? It's either cut me in or cut it out
Ain't grow up with no silver spoon, we had to thug it out
I hid a half-a-slab in my room, just waitin' for the drought
That money come and go, but who gon' be there when it's gone?
When you was off your square, but I bet they was there when it was on
The moment all your tokens gone, no minutes on your phone
God bless the child that hold his own, that shit hit close to home
When everything you ever love you lost to the gun
From all that you done done
But down the line that could cost you a son 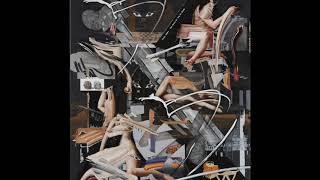