[Verse]
Weigh the coke, beat the pot, scrape the bowl, bleed the block
Eight below, steamin' hot, eighty-four Gs a top
Boy and girl, best of both worlds, one-fifteen a G
Auntie want a two for one, unky want a three and three
Scale tweakin', bell ringin', phone slappin', twelve creepin'
Answer that, told her, "Hit me back, I'm in a sales meetin'"
All the splits on my profit share is non-negotiable
All this money, can't even lie, got me kinda emotional
West told 'em pray for Paris, London, and Tokyo
Gave 'em teapot in China, now we shinin' in Kosovo
Met Hov at Club Novo, man, this shit on the floor
Might not know your woman, but I know who I'm 'posed to know
Six-four to the Mo', was me, Bose, and Zoe
Runnin' through the 6 with my woes, shoutout to Smoke and Joe
Told cuz to slow his roll, now he facin' ten
In love with makin' prose, I ain't really into makin' friends
Let's take a spin through the gutter where it's rainin' Bens
Man make the money, money don't make the man
Thought he had me figured out, it's been a change of plans
Risk versus reward, I had to take a chance
All the money I ran up came from shavin' grams Man make the money, money'll break a man
Said he gon' take the hit, even if it break his chin
Is you the type to stand up or you gon' take the stand?
What else?

[Skit]
Tell him "Please", Sherry, he'll give it to you
He ain't wanna give it to me, that's alright
All you gotta do is say "Please"
Nah, that's alright
You ain't even said "Please"
Man, we said "Please" all our life to white people, come on now
Aww, hahahaha
Only shit like that, man
Alright, why you bein' racist, Sherry?
I'm not racist, you said you was gon' help me, you gon' give me garbage
Hahahaha, this is great
You gonna give me garbage and you won't give me no change
You want some change?
Yeah, I need enough to go there and get me somethin' to eat
Don't play with me, man, don't play
It's change
I need enough to get something to eat
You need crack
I don't, I swear I don't want no crack, man, I want something to eat, Dave
Look, that, that's enough for a piece of pizza
Yeah, right there, yeah
Don't forget
Go the f*ck home and get butt naked, I'll be there
Nasty
Get butt naked, she gon' see what, just how big your dick is
I ain't say that, hahaha
I ain't say that, [?], I'ma, I'ma try that dick
It look like a good dick, now get out
Explain lyrics
Correct lyrics 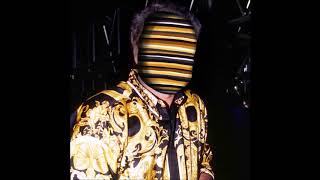