[Verse: Boldy James]
Now these niggas killers, they some late bloomers
Know they wish they caught up with me way sooner
p*ssy ass nigga, you a fake shooter
Tryna figure out where I'ma take junior
When we snatch him up out his playpen (Playpen)
Take him outta school, walk him straight in
In exchange for that money in the safe bin (Open it up)
'Fore them 7-6-2's run his case fin
Baseline into them pops off of Chapin
Where we open up spots out in Vegas (Ghetto)
Made a violenter pact, kept it sacred
Now every other day the trap gettin' raided (By the book)
Little dog ass bitch love to strip naked
Sittin' on her mama Porsche gettin' braided (Little thot)
Dick suckin' every nigga that done made it Unless you f*ckin', bitch need to get spayed
Number one suspect in the arraignment
I don't need the fake love, I refrain it (At all)
f*ck shit, I don't even entertain it (I don't)
All the money and the fame got me jaded
To the Most High due to all praise
And no flesh wounds, we don't do grazes
Catch you talkin' out your neck, we'll blaze it (Pap pap)
Put some money on my head, we'll raise it

[Outro: Dialogues]
"Just when I thought I was out, they pull me back in"
"Carry that stink of the streets with you the rest of your live"
"I like the stink of the streets, it makes me feel good
I like the smell of it, it opens up my lungs"
"I want you to get this f*ck where he breathes
I want him dead, I want his family dead" 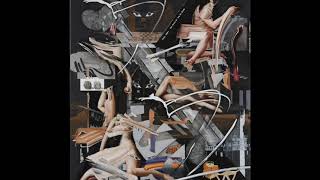