My stripes show like regiments, military intelligence
Murder game, I leave no evidence, credentials
Go ask my pre school, even talk to my old principal
He'd tell you how you I used to pack a no. 2 pencil

Stabbin' students, grabbin' teachers, catholics, preachers
In the school staircase, cuttin' class, passin' my reefer
In my own class, operation return, they tried to say
I was incompetent, not able to learn

The table turned now, got my own label to earn
Like that nigga said in, Dead Presidents, money to burn
Queensbridge, pay homage, respect nas is the vet
Acknowledge the rep, polish baguettes, niggaz is dissin' that

I'm just the best, puttin' all violence to rest
Between Latin Kings the blood Los sangres, blood in Spanish
So many thugs vanish, unite the system
To fight with inner street wisdom, to help teach a prison

My crew puff lye, anyone test the Pun must die
Just give me one try, now you know you done f*cked up right?'
Hah, you ain't got no wins in my casa
Que te pasa, you ain't even in my clasa

I reign subliminal inside your visual
Try to supply your physical with my spiritual side of this lyrical
I'll appear in your dreams, like Freddie do, no kidding you
Even if I stuttered I would still shit on you

Soon as I chitter chatter you shitter shatter, I'm the kid
out of Bronx, that'll stomp you to death like it didn't matter
I'm even better than before, iller metaphors
Killers bet it all on Pun, 'cause one verse, dead 'em all

Aiyo, my attitude is subject to change, I mess around
And spit twelve at the driver's side door of your range
Six hit you, the other six, up in your dame
Mafia style, leave you with your watch and your chains

Take heed that, not only can I flow I can aim
'Cause y'all misdemeanor niggaz can't stand the reign
Better believe that, whenever I see y'all I'ma test ya
Only 'cause I know that fagots respect pressure

Hardcore, like shit you get, kicked out the yard for 'Kiss ain't the cops, but I lock niggaz up
You could meet me in my cell I soak and sock niggaz up
Far as the flow go, you could let your dough show

Put your money on the table, we could battle on cable
Y'all hot dog niggaz get nathans
f*ck around with Jason, that shorty from The Lox, John Blazin

My son cool out don't beef yo, throw the tool out
(What)
Let's run these niggaz, kidnap they work, make 'em move out
Crushed hash, hands is like glass, keep the heat
In the dash, did some dirt for some work, caught a gash

The flicker blocker, wicked sneaker rocker footwear
Strike me out God, stackin' up joints, rack 'em like Footlocker
This is raw, raw like f*ck kid, represent
Here to Crenshaw, hold my words stronger than a Benz stall

Relentless, the anthology consolidated
With the quickness, dress up in the wig and blouse, killer sickness
Lex, imagination large, gold cards
Beat the bogus squad brains that connect put on the older God

Specialist, iciclist, Woolridge collar
Feelin' the rich, work for every dollar don't snitch, that's why
Broke niggaz who got heart God, sign 'em up
Start the wind up, we John Blazin', Don up in the line up

It's simple mathematics, you gotta love us
'Cause Joey Crack plus gat equals a lotta dead motherf*ckers
Just when you thought I was done, I recruited Pun
Terror Squad Enterprise, undisputed Dunn

I'm from the slums where it's worse, bust with guns 'til it hurts
For f*ckin' with my funds on the first
And go to church like a mobster
Discuss your death over shrimp and lobster, with my Cuban partners

Lucas with the cartridge, twenty shot
Run up on any block, disrespect any cop
Used to run many spots, now I own shops
Gortex with the lot, five sixty-four bills a pop

I'm hot, who wanna get burned?
I fire one in your knot and watch your whole f*ckin' head turn
You best learn to parlay, I've had a hard day
f*ck around with the Don and get John Blazed 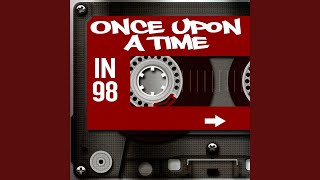