Intro/Chorus: Big Pun and Next

[Big Pun]
Let's Talk About Sex, quiet as kept, we all X-rated
The flesh make it hard to resist, I can't take it
but I'm only human, on a quest to find a horny woman
Lonely enough to ball with me, Seis, Tone and Cuban
We run trains like Amtraks, orally remove your Tampax
to show you how a real man acts
I ain't embarassed, but I ain't ready for no baby carriage
Especially if the date is average and I ain't a savage
We be at it like jackrabbits, I'm a Kraftmatic
so catch your breath, if you asthmatic
let me backstab it with my magic wand, ask your moms
if Long Dong can f*ck with Don Juan it's on
Got my jaw right on top of your spine, relaxin your mind
I'm top of the line so it's not gonna slime
It's not just a rhyme precious, it's my pleasure
It's just another day in the hood for me and my niggaz
My niggaz

[Big Pun]
Aiyyo I want it all, you could call me greedy or superficial
Long as my crew's official and pulls they pistols soon as I whistle
I'm tryin to triple a million and split it three ways
Joe the God, full eclipsin myself, that'll be the day I need a way to get it already got the ambition
Start the ignition watch for the NARCs in the marked expedition
I'm on a mission which requires a higher position
Desire efficient used the fire inside of me glistenin
and I'm infinite like math so I'm gonna last
Whatchu wanna laugh all day, bullshittin sittin on your ass
I'm all about the cash and the power, I stash with the powder
The dash like hittin ass for an hour, let's get it locked
I want a watch with baguetted rocks
so I can clock hoes with the glow that never stops
Forget the cops, we got digits and Glocks too
Ready to rock, whoever tryin to stop my cheddar from stockin forever

[Big Pun]
It's hard holdin on, singin the words to the same song
Remainin strong through the storm but the rain is long
The pain is gone only when I sleep
But even then when I'm in it deep I dream that I'm bein beat
I seen the beast take life and say he had a knife
The truth was, he had a wife who never even had a fight
It's paradise for some and hell for others, they tell us
they love us long as we kill our brothers and stay out the suburbs
These motherf*ckers think we dumb and blind, but there come
a time in life when I gotta fight for what is mine
So I'ma shine summertime hard, feel me rhyme God
Alter your light table like a tripod, it's type hard
so you need to listen, if you puffin weed or sniffin
motherf*ckers always gonna treat you different
Play your position, don't get caught up in the game
Cause snortin cocaine, is like feedin pork to the brain
Get it together 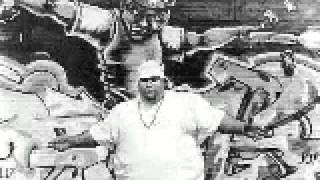