Edifice: The Power Of Three Lyrics

Edifice: The Power Of Three Lyrics


Hidden, under sea, underground
We knew the time had come for our attack.
When they came, unprepared, upon us
We struck out in force and turned them into scrap.

It spread
Global phenomenon;
The binds that held our race to slavery were broken

Shattered
Destroyed
The God-Eye's final words were "You were born to die".

The air, the earth, the fire,
Scorched ground, the boiling of the seas
Black smoke of red hot molten metal;
Mankind forges a new age of casualties

The essence of survival is to see
Potential threats that may come to pass.
Victory is meaningless unless sustained.
Borders redrawn, crops resown, mankind will once again go it alone Left to his devices, he loses control
Geography determines more than just trade flow
Immergence of Three powers; a trinity
Two unable to defeat the last, alliances form and break as in the past 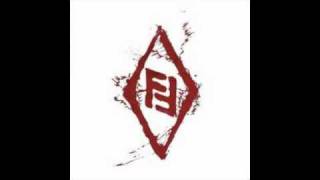