The first step: to understand the fear
To control the reflexes of mental lapse
Following this: the medicinary state
Where expanding the mind is possible by the use of linear projection

And for long months, I listened, practiced and learned
My mind's eye has transcended the scars of the earth
My awareness immense, my instincts now honed
Lord Elmreckt and I were tapping into the unknown

And oh, the sight and the sound!
Like a billion explosions, but black and calm And this alleged continuum of space and time?
It is not at all like what is said in thr old world's books

"Quiet" he said, "We are travelling at a humungous speed
Down an unchartable quarter of the astral sleet"
It was so intense that I felt death grip me
Toy with me, follow me and then let me go

Apparition: "There is a land far away across the violent sea
9000 solsti have passed since a dying and unearthly race
Tried to cultivate there. It is important that their work is completed.
Not for their sake, but for yours
Amemnon"

What is this... strange four legged creatures hoofing through desert lands
Gigantic triangular structures... bizarre glyphs... and a...
An opening for life of the universal nucleus
Explain lyrics
Correct lyrics 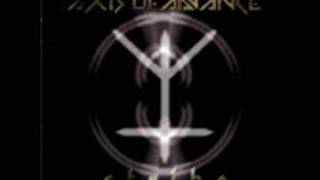