Hatred and destruction: the fists of revelation
Singular vision of escaping human misery
Wanton self-evolution, combined with indescribable power
The planet once of millions upon billions is reduced to cosmic dust.

Ruthless world laid to eternal sleep
For a second, the crying of sheep
For a second, a voice from the deep
And then silence. Vacuum of vapor, the only clue of a tomb
Fortunate enough to have been ripped from the womb
Such was the climax, humanity's final doom
Oh, the sweet silence

Stubborn to the end, some Germans made it out
A new world to take - Thy Kromna 24
Repopulate they will; purify; baptism of fire!

The hands of man build a new world
The minds of mankind empower their will
Destruction/Creation: identical over time
That's the true nature of immortality amongst dimensions
Explain lyrics
Correct lyrics 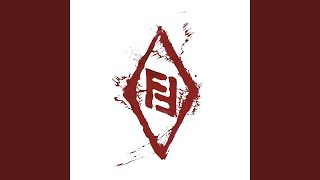