The Outernet
Atmosphere
Lovelife Pure Evil The Last To Say Fuck You Lucy Suicidegirls The Keys To Life Vs. 15 Minutes Of Fame Camera Thief Blamegame A Song About A Friend Clay
Atmosphere wiki The Outernet video Atmosphere twitter Atmosphere facebook


for starters i contemplated on where to split ya,
marked a spot with a dotted line then ripped ya,
used carful procedure, if you listen closely,
you can hear the ghostly moans of fold bleeding through the speakers,
the voices of various toys who ate the poision,
f*ckin' up the solo juts an the one that snuck their boys in,
like a free for all buffee when my team cultivate's,
a crowd of loose heads an boost heads they all fall this way,
I used to be on a mission to destroy an emcee's existance,
now i'm tryna build so we can make this shit efficient,
strength is in the mind an strength is in the numbers,
to much sleep then you slumber,
so i linked the bees an stung ya,
I brung you three times as much an your f*ckin' idols brought to you,
but since you know me vocally you dismissed me as an obstacle,
f*ck it my ass has already got oklahoma on lock,
supports overwhelming ain't no need for you to give me props,
it's time to reach out grab the nation an the earth,
an see where your hearts at an put the outernet to work,
i spent my whole life workin to get to the point that i'm at,
so now i spend my time tryna reach my destination,
I'll be at the end waitin, with my crew for the rest of you to arrive,
to shed the mindstate supplied by life,
he said what?
he's tellin' all the boys that i can't rhyme,
then i guess the shits a success if i'm even on his mind,
he's doin' what?
recording a project, good he should be,
I'm not impressed its obvious ya'll never understood me,
hey i dwell in a land of ten thousand hip hop fan's,
an ever fan think's he's an emcee,
heads are heavy but there empty,
I dwell in a land of tweny thousand emcee's,
but only half of them are headin for intense prodigee's, damn no need to worry about what the next mans doin',
thats what keeps you from recieving what i'm pursueing,
here's a clue an kill your demo, i'm tryna make history,
on a bus full of empty sits, now who wants to sit with me,
incase your unaware imma do this forever,
an not a damn thing'll change financial status nor the wheather,
however, lack of cash reinforce's passion,
f*ck the rappen man if i was black i'd promote 'the happening',
the difference between the average head and an emcee is effort,
pick a side either side an lets begin the network,
as an emcee i run rhymes to distribute the fun time,
as a lyricist i promise to heat up your brain like sunshine,
as an emcee my goal is to make the whole show dope,
as a lyricist i wanna spit that shit that you can quote,
as an emcee i provoke my producer to stroke your spirit,
so as a lyricist i can't be chokin' on my lyrics,
as an emcee i know the key is originality,
an as a lyricist i command of emcee's to respect me,
thats it respect thats all,
in fact the same respect i offer you an your crew after ya'll rip a set,
i'm just a man an i roll with others an we've got this plan,
to let the voice expand across the torchered land,
education starts at home, (612)
from there we rol through head phones,
comin' soon to your warzone,
the aftermath to have the plans,
that gems into your passive ass,
amped to cut trees an branches so ya'll would have a path,
the more you feed it the more it needs to consume,
if your comin' through the region hit me up we'll rock the room,
lets network lets work lets all get work,
so we can build the overall network,
Explain lyrics
Correct lyrics 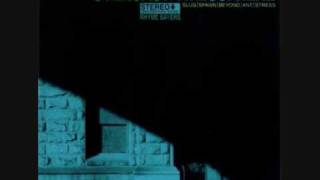