Sittin' on the steps with Ant, that's my man,
Flippin' pig Russian, dicussin' politics and contraband.
Karma cut me clean as if I asked for it.
7 travels's all it takes with a cake and fake passport.
I wanna shelter everybody from the snakes
And my sleeves know a couple of tricks for hunting breaks.
(10,000 lakes) Multiple choice of where to drown
So I quote the horse it goes â€œwhat floats is what's found.â€
Let's get down like they did in 7-2.
Before the red and blue had the opportune to bless you;
Before you knew about a phone bill; before you had to hold still;
Before the Kool-Aid got diluted with Golden Seal.
I used to ride around this town on a dirt bike
Child touched stillato, wild stages just to earn stripes
Read my lips, act like you heard right
And keep and eye on your chick I work my rubber like a turnpike.
(It ain't nothing for me to come swing from your tree).
I wear the love like a ring and I sing until it's free.
So what, you bringing the weed? We break a measure,
And let the hook ride just to tie it all together (whatever)

My life ain't as cool as your life,
and more than likely I'll be stabbed in my sleep by your wife
So everybody stop askin' me what's wrong
and quit acting like you don't know the words to my song

And when the party starts I'm in the corner actin' smart
Spittin' game at your girl just to take your world apart.
I hang with the secrets and cats that paint pictures While you sleepin' on life and writin' the same scriptures.
(Whatcha gonna take witcha?)
I take it all but the fall and when I'm sittin' still
You can blame the Benadryl and alcohol
As far as the stars are above the boulevard
I keep my feet on the tar with the heat in the car
So keep the beats in a jar, wait for the time to unleash.
And when it comes everyone only gets one apiece
You better learn the words before you try to quote 'em
I'm sittin' on mixed nuts, who wants to hold 'em?

Now let me get a collective AMEN! (AMEN!)
I put tame on the monsters the moment that I came in.
I talk to the voices that speak through my headphones
Communicate the life while I decipher all the info (whoo!!)
I got styles I ain't even heard yet
Words like rain, it came and left the earth wet
Let is drip dry focus eyes on the catalyst
Standing high in the middle of SOUTH MINNEAPOLIS.
They try to figure it out, they try to break it down
But they're distracted by every accent that's makin' a sound
Grab it by the throat, lift it up and shake it 'round
'til this whole world sees me as a naked clown.
And while I'm pullin' on her bra, she's tuggin' on my drawstring
Screamin' and shoutin' to figure out how you lost me.
Chewing up my cigarette and smoking my gum
Out of respect for your boyfriend, I'll use my thumb.
From the start to the done I never claimed to be right.
I quit sleepin' now the day looks the same as the night.
And I'm the type of DJ that only plays what I like,
A handful of mixed nuts, everyone's takin' a bite 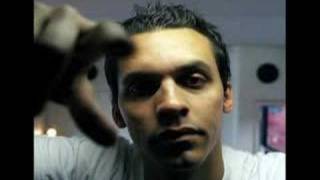