[Slug/(Beyond)]
Patterned around the thought and the will
We shattered the sound of perpendicular noise
Now gather 'round, blueprints to rebuild
On top of that, I found I'm gettin' sick of your voice
Retentive, the Earth makes me tend to introvert
And I've presented the worth of these kicks and this wrinkled shirt
Ingested verse for seconds and a big dessert presented
Thirst with sprinkles of dope indisbursed
When you burst, it won't be an accident
It'll be a worldwide web of heads takin' this shit back again
(6-1-2) Now find the emergency exits
'Cause I'ma snap a spine to make an example of the skeptics
(Atmosphere) I don't care if you know me or you hate me
Just come check out the show and travel back home safely
Lately, a weird thought occured to me
What if I was to grab the mic, which one of y'all would service me?
(Watch the rhythm) Inventions to rock the restless and kill your ego
Your whole karma's vibin' off the vex
It's best if you take a hard look at what you're givin' me
('Cause your name and your rank don't mean shit to me)

[Slug/(Beyond)]
I heard a grip of little voices in a thousand heads
Calling me out of my rest to come and plow your steps
An elder once told me to always use precision
(Discretion and vision when you start the ignition)
'Cause any engine is highly delicate and what you got to say
Is irrelevant if you're talking for the hell of it
I smell some shit, check your sole, brotha
did you step in it, now who suffers from my control deficite?
I can't go out like you ('cause you lack dopeness)
I'll break your whole crew down to (a bunch of wack poets)
Shrapnel gets lodged under your clavicle
When your man exploded, Atmosphere concoctin' antidote shit f*ck 'em and the record deal that they rode in on
When Shawn is in his vocal groove I come to choke your truth
Broke your screws now its open and loose and its ?
(Beyond came along and stabbed a DJ in the foot)
The spokes bend and buckle (and the wheel collapses)
There ain't no need to even ask whether or not you feel the Atmos
I'm peelin' back heads performing brain surgery'
And sewing 'em back up (There, now you've heard of me)

[Slug/(Beyond)]
As I sit here with my head between my hands
Attention span focused on trying to read the plans
I can't shake the thoughts that it might be in vain
So I play the radio while I drive me insane
(I travel like the wind) I travel like Avis
I feel as if I've been to hell and back and I ain't even been to Vegas
Pages and pages of notebooks dedicated
To separatin' snake skin and amputatin' fake lips
(Underestimated) But when you heard me, your masculinity went girly
And your whole crew broke out early
(Self-preservated) Avoidance is the first choice
Calculated: Step the f*ck away when you hear this voice
Moist, thats how we leave 'em rendered
Either the brain or the pubic region, depending on your gender
And if you're a female head (no disrespect intended)
Unless you step to me on the mic, you must be sheddin' your placenta
I wear the honor of an emcee's past
Where I wonder "Is this wasteland encased in cheap glass?"
Reflected to find the status where you stand
(You're just another victim with a mic in your hand) 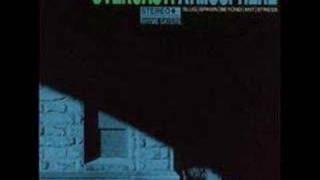