[Verse 1:]
My fist enters in your temple like an obelisk
It's blackness, darkness, abyss of joblessness
Everything you do is small, my shit is monstrous
I murder devils and any of their accomplices
My brain function on other levels of consciousness
My brain function on other levels of pompousness
You're listening to the bass and treble of godlessness
My thirty-eight will spit hate and level the populous
My esophogus breed the evil that just demolishes
Whether or not you're a believer in the Apocalypse
Y'all shit is sweeter than two faggots that's locking lips
It ain't a rapper competing with my obnoxiousness
It ain't nobody that's equal to my accomplishments
The Desert Eagle is legal and it astonishes
The AR15 diesel and blow your mom to bits
It's hard to catch me, I'm Thurman Munson and Carlton Fisk

[Verse 2:]
Y'all know the flow is precise
You don't owe me your life
But that could change one roll of the dice
And then money try to go for his knife
I'm a levitate his body to the sky until he's homies with Christ
Don't even f*ck around, son is a goon
Son is bipolar, alcoholic, son is consumed
I breathe life into the sun and the moon
I breathe life into the most barren bloodiest womb
Y'all don't know y'all getting stalked in the shower
Populism is rebellion over corporate power
Politics is just the talk of the hour
It's a matter of time before they hit another office or tower
I don't care, I put the gun to your ribs
And the Desert E big, it'll separate mothers from kids
I walked around from Philly slums to the bridge
Been around the world eighty times, nobody can f*ck with the kid
Yeah 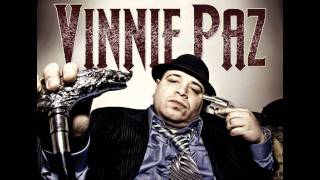