[Vinnie Paz:]
f*ckin' Vinnie Paz baby
Check it out
I'm the father of Christ
I don't know why you bother to write
I'm raw on the mic and y'all are like garbage to Ike
My whole team a bunch of master builders
Y'all just sit back and just bask in illness
An animal, eatin' ya' liver like I was Hanibal the cannibal
Stabbin' you right through the f*ckin' clavicle
Harry Potter magical, bust a gat at you with Supernatural
The actual facts is that I'll laugh at you
Then load the f*ckin' banger up with hollows
Start a revolution for diablo
My f*ckin' motto, I'm as raw as it comes
Whether shatterin' the mic or if we brawlin' with guns
Let you know man, me and Nat is hotter than some propane
Blow ya' f*ckin brains into low mane
Cut you up like cocaine and draw a line in the sand
And tell a mouthaf*cka' he can die where he stand WHAT

[Chorus + Scratching: x4]
Ya' whole aura is plexiglass
You was a sucka as a kid

[Supernatural"]
I can no longer, sit back and hold my tongue
Now I'm a speak and leak over gods war drums
Have you, f*ckin' with me, I'm a shongo sons
Yo, you drew first blood I can't forget this one You think I wouldn't strike back, you must be dumb
In a jungle of gorillas you can't survive off crumbs
Like a pack full of pidgeons, ya' nothin' but a scavenga'
Shoulda' sent a pro but instead they sent a amateur
The ultimate fight, Godzilla versus Gamorra
We could do it live, paperview in front of camera
Trapped inside ya' own room with the walls closin' in
You've lost ya' mind, ya' brother some of ya' best friends
Ya' whole crew around you is nothin' but yes men
Liquid acid flow that burns through skin
You used to have light but it's now grown dim
After I finish this, they won't remember him
I am like a monarch while you are just a peasant
Time to impeach the leach, stop livin' off my essence
I bet you hear things that go creep and bump in the night
I'm one of the reasons why you ain't, sleepin' at night
You like milk that's gone bad spoiled by the fame
And since you infatuated with fire heres the flame
And after this lap, I hope you maintain
Neva' forget that I'm the nicest in the game WHAT 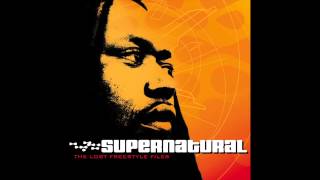