[Verse 1: Vinnie Paz]
The prime directive is the connection to the Andromedans
I'm washed in the blood of the lamb and all of its vitamins
The sheep stray, that was the fate of David and Solomon
The alba-draconian sacred ages of Ottoman
The King Cobra .357 will disembody ‘em
Constantinople, (monasticisis) and (masasimen) (??)
The Law is All Powerful, hum the Allah (?)
Cop a base blood from a binary (song?) monument
Geneticists and other biologists startin' arguing
Breakthrough in spiritual consciousness wasn't opulent
Life was only real if the common creator authored it
The war in heaven all of the seven honored the arm of it (?)
Parasitic astral deities inform the occupants
Them headshots is coming for the top like it's a condiment
The law of one, raw, channeling, challenging continents
Physical death, mystical breath, it's found in the documents

[Verse 2: Vinnie Paz]
Divide and conquer, grand strategy of the Reptilians
Witches and Warlocks congregate in the pavilion
Fundamental and coated bases for the civilians (?)
I took the shotty and dug the bodies, it's in the millions (?)
UFO's and the aboriginal resilience
Locusts plague genetic sequence of insectilions (?)
The satanic rituals, circus is Picadilian
The voice of Revelation, atomic lighters from Lilian (?)
You don't want a war, you'll be warring with the Sicilians
Kiss the ring, Vinnie the King like he Arthur Williams
The man from Planet Risk, he saw an ominous orb there
The double-cross system, the psychological warfare
Malevolent extraterrestrials is in my crosshair
Forty-six chromosomes, two forever gone there
Came from Mesopotamia, chemicals were restored there
The raw childs of London, the Babylonian blood there (?) 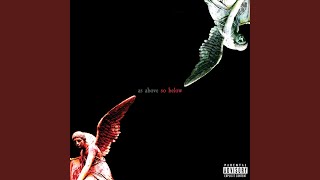