[Verse 1: Vinnie Paz]
My papa was my hero I was always by his side
When I acted out of pocket he would always let it slide
I can't say all the time, I took a couple L's
He went upside my head when I was putting him through hell
His first heart attack, I was 6 years old
They ain't let me near the hospital, that shit too cold
So I waited by the door hoping he would get home
And I was scared that he would die and we'd be left all alone
And I remember that when mommy brought you home I was quiet Showing you the things around the crib like you forget 'em
The doctors told me you would be good if you would chill
So stop smoking stoges pop, you know they make you ill
But you ain't want to listen, you was always being stubborn
And that's the type of shit you let slide when you love 'em
You ain't changed your diet and you stayed smoking Winstons
You can't make a strong-willed man change his vision
Sometimes you think something is when it isn't
He was gonna die and that was his decision
I could never do the same in this condition
He left three sons and a wife in that position

[Hook: Eamon]
The ones we hurt when we leave
The lies we live and believe
You got to learn to step up
And be the man that they trust

[Verse 2: Vinnie Paz]
Ten years old, they telling me that my father dead What the f*ck was going through my father head
He ain't think his youngest need his father
Had a million chances to change but didn't bother
It's like he ain't love me enough to live
Or do something to make an adjustment for his kids
And you ain't think you dyin' gon' divide us
And you ain't think a ten-year-old boy needed guidance
Ain't nobody talking, just bottle it up inside us
And shit could turn ugly when there's no one there to guide us
It's all good, I still love you, I forgive you
But that ain't gon' be something my son is gon' live through
He ain't gonna lose me the way I lost you
'Cause doing that to him is something I couldn't do
I had to change the way I was living 'cause I was you
The same hard head and the same world view
I had to do a 180 and get my shit together
When you a mess, pop, it's hard to get your shit together
But I ain't living for myself now, it's all for him
And I'm trying to be everything that you should have been 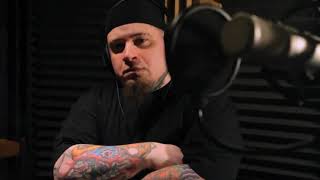