[Verse 1:]
I lost my job at the factory and that's disastrous
They said it's due to regulation and higher taxes
They ain't give me no notice, they knocked me off my axis
I can't pay the electric bill, it's total blackness
I suggested some incentives for innovation
But that was met with resistance like it's a sin of Satan
I'm losing my patience over here, I'm sick of waiting
And I ain't never expect to be in this situation
And the manufacturing jobs are fading fast
Can't do nothing else, I should've stayed in class
I have to wait till summertime to cut the blades of grass
I have this little bit of money, have to make it last
I have children to feed, I have a loving wife
I had a hard time coming that was nothing nice
I keep asking myself what am I doing wrong
And they just look at me and tell me keep it movin' on

[Verse 2:]
It was like '91, '92
I remember people telling us that ain't nobody signing you
There's no Italians or Puerto Ricans that's shining through
Y'all should just go back and just do what y'all was designed to do
We ain't listened to none of that, we hard-headed
We took it back to the lab and then the god set it
We smoked els, drank liquor and we got wetted
And everything we did back then was barbaric Around '94 had some labels take notice
They said that Stoupe was the illest but that I ain't focused
The label execs needed to be explained dopeness
And that's around the time I thought that it became hopeless
We was still in the street, D was moving strong
I was failing out of school, it wasn't cool with moms
I was asking myself, "What was we doing wrong? "
And why the industry keep saying to keep it movin' on

[Verse 3:]
I signed up cause they promised me some college money
I ain't the smartest motherf*cker but I'm not a dummy
They told me I would be stationed in places hot and sunny
I had a lot of pride, motherf*ckers got it from me
These people over here innocent, they never harmed me
My sergeant tried to convince me that they would try to bomb me
I feel like an outsider stuck inside this army
Everybody brainwashed, American zombies
I ain't realised how much it set me back
Until I lost my leg and then they sent me back
I don't have anything now I'm left with scraps
From a government who created AIDS, invented crack
People told me not to join, I tried to prove em wrong
Now I'm homeless and I'm cold without no food is worm
I keep asking myself, "What did I do that's wrong? "
And the government telling me keep it movin' on 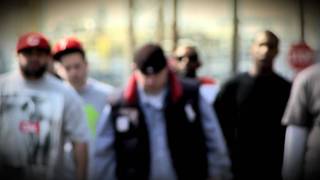 check amazon for Keep Movin' On mp3 download
these lyrics are submitted by kaan
browse other artists under V:V2V3