White winter brings the new-fallen snow
Nature's eulogy for sin
The coming of winter, a season of love
And the waging of war between men

Headed for a battlefield where we will surely die
Our fate is written in the stars tonight
Our future changes, though I know not how
Destiny is changed - now!

A wizard upon us , eyes blazing, spells spewing from his mouth
Flames leaps from his hands, hallucinations
We will never know as we're engulfed in flames
Oh, to die this way, when we're defenseless
At the hands of this occult master gone insane...

Awaken shackled, and my men are here
As for my comrades, two are dead I fear
Until I see life in both of them Torchlight approaches - here!

An old man unlocks me, and the rest of my men as he speaks these words
"I am Krakenaus, you must follow me,
We will escape from this forsaken pit of hell!
Now come quickly, if we're discovered
You will suffer a fate that is worse than death!"

Following a stranger, I'm dependent for life
Hoping the man is not a deceiver
The walls are getting cold, we must be nearing an out
In Krakenaus I am now a believer

Running blind through the flurry of snow
Guided only by the page of a master
We know the wizard's here, he has pursued us this night
Greeted only by his hideous laughter

"You have betrayed me!", the wizard screams
In a second, he's sprouted demon's wings
Four words are spoken, "La Fem Acroche Ach"
And Krakenaus is - gone!

The wizard upon us, eyess lunatic, spells spewing from his mouth
Flames leap from his hands, not illusions
We think otherwise then we're engulfed in flames
Oh to die this way, when we're defenseless
At the hands of this occult master gone insane... 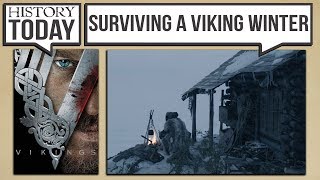