{b.g.}
I'm runnin' from the police they after me
I ain't goin' down try'na fix me with a case
Try'na strap me in that underground
Runnin' and shakin' it I'm movin' like the runnin' man
Tec's in my chest and amide in my f*ckin' hand
B.g. on a run peepin' out a f*ckin' alias
Busters got me covered there's some gangsters out that tenth
I caught two-o seven two fourteen and two await
I'm gettin' blunted out with them niggas in the f*ckin' gate
I got on my all black steady walkin' up inferred
Under my black there's a f*ckin' tec
Bitches talkin' shit runnin' off at the mouth
Some hoe just snitched on my honeycoon hideout
Now I got to travel long police still rollin' free
Criminal at fourteen I'm thinkin' what the f*ck to do
Boo-koo on the ramps I don't care if I die
When I was setup say good-bye to the good guys
I think it's time for war they increased violence f*ck the peace
Comin' out the alley with my gear bustin' at the police
I'm try'na hit 'em I'm try'na leave they brains on the floor
They try'na play me like a hoe from the local 5-8-0
But ain't no days like that where I'm from
If they want some bests believe them bitches got's to come get some
A nigga gettin' busy in the computer my name is lifted
f*ck them blue terr wears and the f*ckin' second mission
On my dick try'na take me down underground
Try'na blame me, try'na frame me they try'na get me
They won't quit they just won't quick
They try'na stick me with some shit that I didn't commit
f*ck tha police

{mr. ivan}
Ain't this a bitch they try'na make a nigga jump up
Shoulder slug blast and kill a f*ckin' cop up
Bout to hop in some hot shit that ticker ticker!
Catch me, catch my black ass, but they wanna try to strap my ass
The surveillance, from the he say she say shit
f*ck what'cha said 'cause ya wind up a dead bitch
He pulled out the luger 'cause he crooked and wanna do me
But let's see a real player, keep up on what they doin' to me
Pushin' the chronic, that shit to make yo pocket's fat and
If you right plan to use yo gat, then we plan to run mud on them
Lil' piggy's, that mean I'm comin' out dead or alive comin' get me
Bitch don't tell me shit, ya need to wear yo f*ckin' vest
If I get a seeker I'm a knock yo badge of yo chest
f*ck the task, the f.b.i. and yes i'ma do yo sheriff
I'm called the courier that's the one to blow ya
Time to get a nickel for the shit that I did
Motherf*cker drop it, ya see ivan think you can f*ck with me
Chorus

{ms. tee}
Now why the f*ck the police is on my block
Try'na sit me down, sayin' ya f*ckin' sellin' rock's
But I know the p*ssy ass bitches put it one me
'cause they couldn't find my stash 'cause nobody knows
I keep my rock's in my p*ssy hole
'cause I'm a bitch so ya can't touch uh I miss and never muffer
Touch in the wrong way and I stab ya in yo gut
Like stuckin' to f*ckin' I take my nine and I pluck 'em
Snipin' ass nigga, like to get over
One will and have my weight over my shoulder
Stupid ass bitches always puttin' a nigga down
That's why I never let them motherf*ckers around
So check it, when we need 'em
They take so long to come uhh and
The damage is done uhh, so when we need 'em they
Take so long to come, 'cause they diggy doggy dumb man f*ck the police

{blackjack}
Project life, with the rat and the roaches
Tell me if ya ready when the danger approaches
Crack fiend's triple beam, like it's on the scale
Close yo eyes, forever may you rest in hell
Gettin' out the ghetto is only a dream in most cases
Never had nothin' but momma always gave us love
Lost queen, from pain from a youngster
Shot six times in the back by the dumpster
Be cautious when ya step, but don't step to light
'cause the tec is in the ghetto in the projects at night
Some gangsta ass nigga's slangin' crack on the corner
All blacked up with the gangsta ptonma
Try'na make a livin', try'na have him lil' some some
Them white folk's as cop don't want to see me as nothin'
But a nigga got soul, with a mouth full of gold and
I don't give a f*ck bout none of you hoes
Brangin' terror with no error to the mother f*ckin' po-pos
You know that nigga the jiggy jiggy jack-o
That's comin' to the top with no motherf*ckin' peace
Nigga peep game mother f*ck tha police

{lil' slim}
Zero, zero, nine one one
Bitch ass trick ass, cop's have yet to come
'cause uhh, deuce revolvers is my problem solvers
Shit shake yo ass now ya up like yo father
I got's to get away, I got's to get an disguise
The rat's his on my ass time to get the f*ck out of dodge
'cause I'm to known for sellin' stone's on my f*ckin' block
These nigga's got these ki's I get these f*ckin' flipper rock's
Duckin' and dodgin' and steady mobbin' but the law keep's callin'
'cause they hear a nigga ballin' nigga I roll's quicker out the cut
The quicker to break 'em up, 'cause a nigga straight money struck
Bailin' from the north 'cause that's my thang
The motherf*ckin' corn meal is the shit I slang
Been did it and done it f*ck that nigga done stunt'ed
I'm runnin' and gunnin' show them nigga's ain't nothin' funny 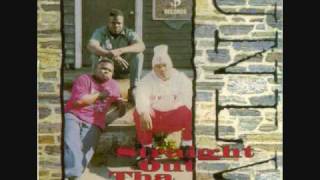