{tec-9}
Well i'ma do it like this, I'm obligated to bust rap's and peel cap's
For snap's in order for me to let go my flow I gained from my
Nigero say five or six year's ago so know ya got's to break
All the bigger nigga's, now as I rome through my closet
I'm comin' up on a bag of trick's I look inside to see what I can come up wit
I found some shit I got a k, as my glock, I'm the nigga that's in my hood
That can't be stopped, the older lady's they fear me
The word was out for lil' kid's not to talk or come near me
I'm on a stroll with my nina and my black glove
Doin' a job, now I rub a dub, in the tub
Now I'm clean ready to pull another capper
Hold up my face is on the front of the paper
Now they got's me on the run, and I'm runnin' to they catch us
I'm talkin' bout myself, and my murderous murder weapon
Down to the end till it's over, give me the last shot
Totally out of control, but what the f*ck I'm goin' all out
Where they at, got to go get 'em black, beat that buster broke and
I tell 'em I'm comin' back, this is not the life a player choose
But I get's down nigga for my f*ckin' snap's
Nigga's watch y'all back, because ya know I'm on a come up move

{lil' ya}
Bitch I thought'cha knew I'm from that 1-2-3
From that nolia, still a soldier down with u.n.l.v.
Packin' steel, I'm fa'real ain't no fakin'
I'm in this business for this green, that's what I'm makin'
Got in to it with a nigga, I had to tot my gun
'cause in the ninety's if you slip, you will get done
So let me take ya on a f*ckin' capper
Hooked up with mag. slim we bout to make some paper
Called my nigga tec, he must be with yella chillin'
Writin' some rhymes, or bout to do a killin'
But f*ck that, money's on my mind, I'm bout to buck
Slipped on the black mask, and I didn't give a f*ck
I'm stuck, robbed a nigga out two ki's
B-32 it's up, I was loaded off that sess and I was drinkin' pluck
Now I'm on a come up, I'm strugglin' I'm strivin'
Got to watch my back for them nigga's who be robbin'
I went on a spree, robbed a nigga for a "g" added to my f*ckin' product
I'm scored my own ki, rollin' in my camry, listenin' to that tec groove and I'm strapped, because a nigga on the come up move

{yella boy}
In other word's I'm stuck like chuck so you know I got's to buck shit
It's bad in my hood, plus I'm down on my luck
The devil loose, it's shiverin' in a nigga blood if I listen
I'm a end, and show no fear, must run to my momma, 'cause I need money fast
'cause without money, you can't live, you can't last
I heard some new clown across town was runnin' shop
Anything ya need, they got, so i'ma bout to plot
Now all I need is some power from a big gun
Now want's I start, I won't finish till they all done
Two hour's a day I scoped the scene and them boy's packin'
Well they just don't know, they better get ready for a nasty jackin'
I'm down now, not for long I'm from the old school
A small point to these fool's, I got to prove
The game is cold you own yo own is these f*ckin' street's
So on my own, i'ma put myself on these f*ckin' street's
I'm sick and tired of livin' life is these city blues
I got to get my serve on ya see, I'm a come up mvoe

{magnolia slim}
Y'all done slipped, lettin' me know where ya hang at
Picture this, now when I come bangin' I know where to bang at
Where my thang at, because these nigga's ya got me pissed 'cause
Nigga's be comin' bangin' and missed them nigga's don't hit shit
On the up, f*ck that's bad luck
When you go around nigga set, bangin' mister nigga
You was suppose to pluck, stuck got to watch yo back
'cause that monkey all on it, catch ya loose and paranoid
Now them people got ya worried, I handle my business
Full of that fire, don't give me no prayer, don't give me no dare ya
Bitch i'ma go in that well, you know what I mean that other level
Passed the shovel, then i'ma go dig is hole so he can go meet the devil
I'm done several that, daryl this, daryl that
Put that boy head on a plaque, people rat so I scat's and find's
One of my hoes house to chill by, one that I live by and
One that's not afraid to die, so I lay back up by ya who up by the corner
Told ya, that's where I wanna so long a nigga a boner
Ya think I didn't all the time I beat that ass down
Now I'm in another town, nothin' like uptown
So while I'm layin' big bad by a hoe
You know some o'l jinglin' nigga bust through the door
I grab my gun 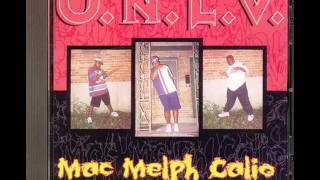