Spider In The Night Lyrics

Spider In The Night Lyrics


[Intro]
Brainsick
Yeah that, yeah now you
Brain
Brain (7x)
Shiet
Yeah, gather around
Come one, come motherf*ckin' all nigga
It's like it's, it's like it's

[Verse: Twisted Insane]
It's like a spider in the night
That'll hit yo ass off with just one bite
And you don't really wanna get affiliated with a nigga that'll run up on
Motherf*ckers and bust on site
Brainsick
Run up on ya semi-automatic MAC-11 when I put one to your dome
Niggas steady runnin' from the hollow tip BOM
Body brick breaker like a fat Jim Jones
Get up out 'cha seat for the brainsick song
Black on my face for every mission
Bustin' on niggas when I'm in the zone
Why you think half of these people is missin'
Why you think half of these niggas is dissin'
Cause I put their bodies in graves
Then why you think half of these people is pissin'
Brain, brain, brain, brain, brain, brain, brain
Murder when I cut 'em when I hit 'em with the millimeter
Then when I'ma coming for the dough
Ain't no stoppin' this when a nigga collab on this
Cause I drop this on a motherf*cker thinkin' that I come and then blow
And niggers really don't wanna battle me
Cause I'm better at what they're doin'
I be different when I eat a motherf*cker brain
Hysteria with fist of fury never never hurry
I'ma bury it and bind a f*cker six foots grey
Can I keep on comin', can I keep on goin'
'Til the sign of come up, run up and get done
Take it to my (?) til I hit 'em faster
What I really wanted was to smoke a blunt up in this month
But I'm drinkin' it up quick with a pint this month
Then I really gotta top it and get the nigga wanna nut
And I really want nigga to be in public 'fore I gotta cut her (Huff and puff and huff and puff)

They want it
Got some motherf*cker lookin' at me like a nigga really wanna get up and
Sit up
Put bullets in motherf*ckers that wanna run up on (Felicia?)
Put bullets in motherf*ckers that's (severed?) up on me
Get the bitch grippin' and poppin' up on me
Hit a biddy bitch for until for me to come in, ay
Nigga better check out that's for Michael like you want a thing
And I don't really give a, you don't really give a
Who don't give a f*ck about a nigga that's comin' to body-poppidy
Poppin' every nigga that won't ever never bother me
On top of the motherf*ckers that be after the brain
Cause I keep sinnin' with the 50, with the Hen
Feed it to my stomach, start messin' with the gin
Lurk around the corner where the niggas really wanna hit the Bloody Mary
Hold on, 'fore the (?) gon' see it

[Outro]
Wait, hold up nigga, hold up
Ay, what are you doin'
Ay, that nigga smokin' all the motherf*ckin' weed
Ay, f*ck that shit nigga
I'm in this motherf*cker doin' a verse man damn nigga
But you can't just smoke a pot of weed like that homie
Ay, pass that shit nigga
Yeah
It's motherf*cker trip
*sniffs*
*coughs*
Yeah
Okay 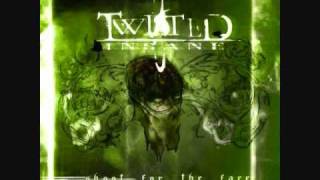 check amazon for Spider In The Night mp3 download
these lyrics are submitted by BURKUL4
browse other artists under T:T2T3T4T5T6T7