[Verse 1:]
Hey yo, When I step to battle, shit gets biblical
Fire and brimstone, hit home with my lyrical assault
I inflict wounds then rub in salt, spray lemon juice, point and say it's
All your fault
And it is if you thought that I wouldn't retort
Or respond, cause you're wrong, see my mind is a bomb
That explodes whenever it's owner gets in the zone
And you just lit the fuse so now I'm ready to blow
Going postal, my blitzkreig is coast to coast fool
I'll eat you for breakfast, after I toast you
In front of your friends, test once son never again
Get defensive cause I'm out to offend
Mad with raps, causing every fan to clap
A white boy who beats rappers til his hands are black
And if you answer back, we can clash in round two
Lord forgive them for they know not what they do!

[Verse 2:]
(and everytime we battle is)
A good day for me, a bad day for you
A good day to you sir, you've just been dismissed
And dissed, by a man who's got the gift
Of gab
But it ain't Gift Of Gab
Na, it's Tongue
Mr. "OK man you've won! "
Mr. I won't stop til I'm done
Slamming, ramming home the point
That when it comes to this battle shit you know I own the joint
Who's deadly on the mic with a capital D?
That's me, you phoney with a capital P
You phone me to apologise after you lose
I accept cause, f*ck it, I got nothing to lose
But I do nothing but win, once the battle begins
I'm, as steady as a rock, you're a sock in the wind
With a bunch of soggy lines that you wrote with a friend
Now you praying for this moment to end... You f*cking wally!

[Verse 3:]
I turn rappers to blues singers
They so soft like fairy floss, they need new knickers
New triggers for their flare guns, call for help
I snigger as I send all these devils to hell
I'm quicker on the draw like an art-eest
Fakes get caught out in the end like they are priests
Aren't we, satisfied that I'm fly yet?
How many of you sour grapes should I digest?
I just speak from my heart like I had lips in my chest
You shit talk with piss on your breath
And I don't take no crap, put your lighters up yo,
Cause this ain't no match, you ain't got no fire
And you don't bring any heat, Tongue your worst nightmare
And I ain't lost no sleep
So you could call me psychic but I saw this coming
Now listen to the sound of the 5-string strumming... 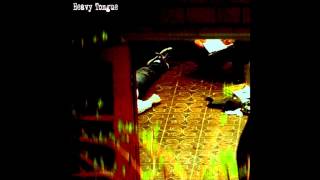 check amazon for The Blues mp3 download
these lyrics are submitted by kaan
browse other artists under T:T2T3T4T5T6T7
Record Label(s): 2007 Elefant Traks
Official lyrics by