[Verse 1:]
Live on the air like we own the station
Let me get this house banging like a home invasion
If you listen to the lyrics I'll expose the nation
Cos I got the same hunger that a stoners facing
Now its time for some truth and I know your waiting
To look over my shoulder at the notes I've taken
Fans sue me after shows for their bones they're breaking
Don't they know my music is an ode to Satin? (No... No...)
They ain't had a bad education
They underqualified in a bad situation
I got to rock a mic so the magic I'm making
Will keep your eyes blazed like a happy Jamaican
You wanna talk heat? Tongue broke thermometers
You rappers don't count like votes in Florida
My home town knows now, Sydney don't slow down
Show how we got the hottest freaks in the showground

[Verse 2:]
I love this generation and the way that we kick it
They said "go to war" we said "hey you can stick it"
They said rap was wrong because they hated the lyrics
But never for a second were they breaking our spirit, no
New school, new style, new rules
You'll get chewed up you fools
By the best man writing
Rappers ought to do what they say like a deaf man signing
And politicians don't want this conscience emcee
who stays higher and flyer than Qantas
To deliver on the words that he promised
With one verse they scatter like birds when I burn in their forests
You got to see it from the trees
Seperate the front page photos for what you wanna see
Huh, now what you gonna be?
Afraid of the future or make it on your own like me?

[Hook:]
Making it hot for a reason
Don't try, ask why
Just don't understand what they facing
Watch sparks fly 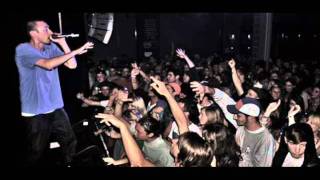