Lily, Rosemary, And The Jack Of Hearts Lyrics

Lily, Rosemary, And The Jack Of Hearts Lyrics

He moved across the mirrored room
"Set it up for everyone", he said
Then everyone commenced to do
What they were doin' before he turned their heads
Then he walked up to a stranger and he asked him with a grin
"Could you kindly tell me friend what time the show begins?"
Then he moved into the corner face down like the Jack of Hearts

Rosemary combed her hair and took a carriage into town
She slipped in through the side door lookin' like a queen without a crown
She fluttered her false eyelashes and whispered in his ear
"Sorry darlin' that I'm late", but he didn't seem to hear
He was starin' into space over at the Jack of Hearts

"I know I've seen that face before", Big Jim was thinkin' to himself
"Maybe down in Mexico or a picture up on somebody's shelf"
But then the crowd began to stamp their feet
And the house lights did dim
And in the darkness of the room there was only Jim and him
Starin' at the butterfly who just drew the Jack of Hearts

Lily washed her face took her dress off and buried it away
"Has your luck run out?", she laughed at him
"Well I guess you must have known it would someday
Be careful not to touch the wall there's a brand-new coat of paint
I'm glad to see you're still alive you're lookin' like a saint"
Down the hallway footsteps were comin' for the Jack of Hearts 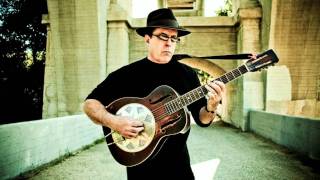