Down in the scrub oak country
to the southeast Texas Gulf
There used to ride a brakeman,
a brakeman double tough.
He worked the town of Kilgore,
and Longview twelve miles down,
And the travellers all said
little East Texas Red
he was the meanest bull around.

If you rode by night or the broad daylight
in the wintery wind or the sun,
You would always see little East Texas Red
just a sportin' his smooth-runnin gun.
And the tale got switched down the stems and mains,
and everybody said
That the meanest bull
on them shiney irons
was that little East Texas Red.

It was on a cold and a windy morn'
it was along towards nine or ten,
A couple of boys on the hunt of a job
they stood that blizzardy wind.
Hungry and cold they knocked on the doors
of the workin' people around
For a piece of meat
and a carrot or spud just a boil of stew around.

East Texas Red come down the line
and he swung off that old number two.
He kicked their bucket over a bush
and he dumped out all of their stew.
The travellers said, "Little East Texas Red,
you better get your business straight
Cause you're gonna ride
your little black train just one year from today."

Well Red he laughed and he climbed the bank
and he swung on the side of a wheeler, The boys caught a tanker to Seminole
then west to Amarillo.
They caught them a job of oil-field work
and followed a pipeline down.
It took them lots of places
before that year
had rolled around.

Then on a cold and windy day
they caught them a Gulf-bound train.
They shivered and shook with the dough in their clothes
to the scrub oak flats again,
With their warm suits of clothes and overcoats
they walked into a store.
They paid that man
for some meat and stuff
just a boil of stew once more.

The ties they tracked down that cinder dump
and they come to the same old spot
Where East Texas Red just a year ago
had dumped their last stew pot.
Well, the smoke of their fire went higher and higher
and Red come down the line.
With his head tucked low in the wintery wind
he waved old number nine.
He walked on down through the jungle yard
and he came to the same old spot
And there was the same two men again
around that same stew pot.

Red went to his kness and he hollered
"Please, don't pull your trigger on me.
I did not get my business straight."
But he did not get his say.
A gun wheeled out of an overcoat
and it played that old one two,
And Red was dead when the other two men
sat down to eat their stew.
Explain lyrics
Correct lyrics 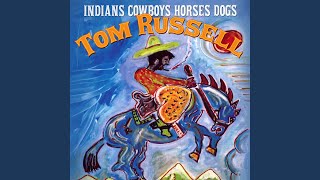