He said he got that blue wing up in Walla Walla
And his cellmate there was Little Willy John
And Willy he was once a great blues singer
And Wing and Willy wrote 'em up a song. They saidâ€¦

CHORUS:
It's dark in here; can't see the sky
But I look at this blue wing and I close my eyes
And I fly away beyond these walls
Up above the clouds where the rain don't fall
On a poor man's dream.

They paroled Blue Wing in August, of 1963
He moved north picking apples to the town of Wenatchee
Then winter finally caught him in a run down trailer park On the south side of Seattle where the days grow gray and dark

Well he drank his way to LA, and that's where he died
And no one knew his Christian name and there was no one there to cry
But I dreamt there was a funeral, a preacher and a cheap pine box
And half way through the service, Blue Wing began to talk. He saidâ€¦ 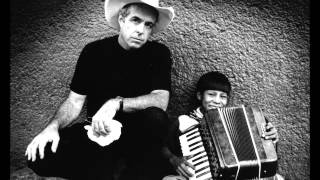