Mlf Lullaby
Tom Lehrer
Whatever Became Of Hubert I Wanna Go Back To Dixie I Hold Your Hand In Mine I Got It From Agnes George Murphy Fight Fiercely, Harvard! Everybody Eat Clementine Bright College Days Be Prepared
Tom Lehrer wiki Mlf Lullaby video Tom Lehrer twitter


A considerable amount of commotion was stirred up during the past year over the prospect of a multi-lateral force, known to the headline writers as mlf. much of this discussion took place during
Baseball season so the chronicle may not have covered it but it did get a certain amount of publicity, and the basic idea was that a bunch of us nations, the good guys, would get together on a j
Nuclear deterrent force including our current friends, like france, and our traditional friends, like germany. here's a song about that called the mlf lullaby.

Sleep, baby, sleep, in peace may you slumber,
No danger lurks, your sleep to encumber,
We've got the missiles, peace to determine, And one of the fingers on the button will be german.

Why shouldn't they have nuclear warheads?
England says no, but they are all soreheads.
I say a bygone should be a bygone,
Let's make peace the way we did in stanleyville and saigon.

Once all the germans were warlike and mean,
But that couldn't happen again.
We taught them a lesson in nineteen eighteen,
And they've hardly bothered us since then.

So sleep well, my darling, the sandman can linger,
We know our buddies won't give us the finger.
Heil--hail--the wehrmacht, I mean the bundeswehr,
Hail to our loyal ally!
Mlf
Will scare brezhnev,
I hope he is half as scared as i.
Explain lyrics
Correct lyrics 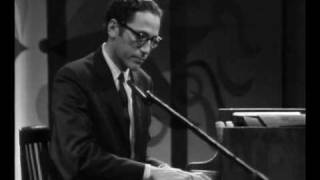