D.B Cooper was 43 when we first heard his name
47 miles away from where he fell down to his fame
But he told me that the hardest part wasn't really
jumping out of the plane
It was spending the night watching those lights
Shine through the pouring rain

They had a man hunt that next morning like nothing I
had ever seen
I was only 8 years old at the time watching on a TV
screen
They were saying he was never gonna make it now, now
that daylight had set in
But later that night they were shining those lights
Down on the mountain again

Not far away from the City of Roses
They all watched those lights up through the rain
For D.B. Cooper

Not far away from the City of Roses
A light shined from a house out in the rain
It was D.B. Cooper
Drinking champagne 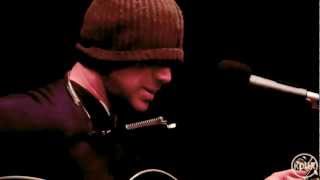