Hey, hey, my, my, rock 'n' roll will never die,
Just hang your hair down in your eyes
You'll make a million dollars.
Well, I was in this band goin' nowhere fast
We sent out demos, but everybody passed
So one day, we finally took the plunge
Moved out to Seattle to play some grunge.
Washington State that is.
Space Needle ...Eddie Vedder ...mud 'n' honey!
Now to fit in fast, we wear flannel shirts,
We turn our amps up until it hurts,
We got bad attitudes, and what's more
When we play we stare straight down at the floor, wow-ee
Pretty scary.
How pensive ...how totally alternative.
Now to fit in on the Seattle scene
We gotta do somethin' they ain't never seen.
So, thinkin' up a gimmick one day
We decided to be the only band that wouldn't play -- a note.
Under any circumstances.
Silence ...music's original alternative.
Roots grunge...
Well we spread the word through the underground,
that we were the hottest new thing in town.
The record guy came out to see us one day,
and just like always, we didn't play; it knocked him out.
He said he loved our work.
He said he loved our work, but he wasn't sure if he could sell a record
with nothin' on it.
I said tell 'em we're from Seattle.
He advanced us two-and-a-half million dollars. Hey, hey, my, my, rock 'n' roll will never die,
Hang your hair down in your eyes
You'll make a million dollars.
Well, they made us do a video, but that wasn't tough,
'Cause we just filmed ourselves smashin' stuff.
It was kinda weird, 'cause there was no music,
But MTV said they'd love to use it.
The kids went wild, the kids went nuts,
Rolling Stone gave us a five-star review; said we played with guts.
We were scorin' chicks, takin' drugs,
then we got asked to play MTV Unplugged; you shoulda seen it.
We went right out there and refused to do acoustical versions of the
electrical songs that we had refused to record in the first place.
Then we smashed our shit.
Well, we blew 'em away at the Grammy show,
by refusin' to play and refusin' to go.
And then just when we thought fame would last forever,
Along come this band that wasn't even together.
Now, that's alternative ...hell, that's alternative to alternative.
I feel stupid ...and contagious.
Well our band got dropped, and that ain't funny,
'cause we're all hooked on drugs, but we're outta money
So the other day I called up the band,
I said, "Boys, I've taken all I can,
"Shave off your goatees, pack the van...
"We're goin' back to
Athens."
Explain lyrics
Correct lyrics 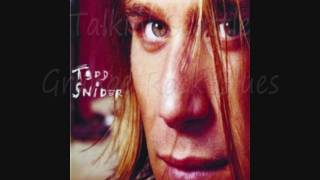