Some guy said to some other guy behind closed doors
"Don't even know how long I've been awake anymore
I know what we're out of and you do too
Look around, we're down to nothing but me and you
We lost everything we stole, everything we had
It's not that bad, though, it's not that bad"

"You're right I could kill someone, I don't care
But that's ain't the way it's going down tonight, I swear We'll just walk on up to Highland Street behind the bar
In the back through the alley where they park the cars
It will go down just as easy as it did last night
We'll be back here in an hour hidin' out of sight"

"Oh, hey stand right here behind me, buddy, this is the place
Hold the blue bandanna up to cover your face
Yes, it's loaded but that's only for security
I ain't be shootin' anyone that ain't shootin' at me
Shut up, I think, I hear somebody coming, man
Shut up I think, I hear" 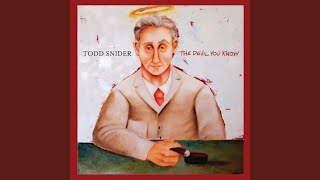