I knock em knock em out the park when other rappers are hitting bunts
I'm a togger not a fogger step on hunts and don't do stunts
I got SOUL POWER never took a cold shower
Never had a girlfriend the color of cooking flour
You can call me sleazy cuz my rhymes are kinda greasy
Some brothers wear curls, cuz it ain't easy being peasy
Like a Kung-Fu flick, I stick you in the dick, with my toothpick
Tell em Rick ("You hit them harder than a f*ckin brick")
I like clothes and hoes but like em better in the sheets
I rock more beats than Jesse Owens ran track meets]
Amazing feets move, they happen everyday
When the Ro to the J bring his ass out to play
I weight one-eighty but I'm, fat
I ki-uh-kick up dust when I bust like a cap
Tha Alkaholik crew, and what we're here to do
Is rock a show, knock a hoe, and crack another brew

Make room, for the crew with beats that thump (3x)
Tunes hittin hard enough to ditch your trunk
It's the Liks baby, it's the Liks (4x)

First you gotta have respect, money comes next
After you get THOSE, come the hoes and the sex
Girl you keep askin bout the niggaz in my crew
Yeah I'm down with Pooh, but what's up with me and you
Cause I don't give a f*ck whose your cousin who could f*ck
Cause I just wanna f*ck, damn I wanna f*ck
So unlock the gate and MAKE ROOM for the heavyweight rapper
The slim light skinned coochie slapper
Pull over to the side so I can roll up the indo
Got the bitch head bumpin on the front window
Wham, bam, I spanked you ma'am
I wonder how they make these rubbers from the skin of a lamb
I blow into the mic when I check it
Had hoes gettin naked way before I made a record
I smoked a gang of liquor, I drink a gang of boom
Like Ted, I gotta zoom zoom so make room

Ah yeah, ah yeah, Tha Alkaholiks
Yo, before we bail
We gotta give a shout out to the crew that gets the party poppin
Tha Alkaholik crew 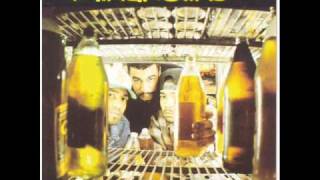