Ooh, we got to clown, E-Swift get the rockets
Niggaz step back I'm pullin rhymes out my pockets
I'm drop bombs like my man Joe Lewis
So all you can do is, be the black and bluest
This ain't Monopoly the Liks will never get the boot
I got the kind of rhymes to make a fly girl group
Yo, I'm the baddest man with a hit since Roberto Clemente
Ooh, my style is muy calient
I bail through Hell and won't bust a sweat
I walk through a rainstorm and still won't get wet
So you must have a locomotive, I mean a crazy reason
To wanna step up, it's sucker punk season
I bust through lines like Jerome Meadis
We're fresh as lettuce, the front row gets the wettest
You talk about a party, then I flex
I'm walkin out the R-E in my X

While he sound like he do I keep to my own
With the liquid-ass lyrics that y'all niggaz get a tone
Though I'm known in every zone for my styleof entertaining
I spray you with my beer and make you niggaz think it's raining
The liquidator with the hardcore demanor
Bustin out the perpetrators I see through em like a Zima So I'm never caught between a hard place and a rock
Cause I kill rhyme bandits bare handed like Mr. Spock
I told son not to pull that gun
Cause I'll be on him like a cheetah with no time to run
Cause I'm stronger than the bull that's on the Schlitz Malt Liquor
Hittin up your cities with the Alkaholik sticker
Cause I feel like bustin loose
It's the wicked pain inflictor with the Mickey's deuce deuce
Droppin rhymes like a boulder on the twenty-one and older
That's what your momma with my picture tattooes on her shoulder
So rap artists, "Get ready to rumble!"
Cause I got lyrics up my sleeve that slam harder than Mutumbo
I heard your demo tape that shit was faker than a scam
While I be droppin shit that make you say

I've been told that my style is so cold it make you cough
The Liks baby in the house about to go the f*ck off
I used to have a curl but I cut my locks real low
Cause every weekend I had a spin on the pillow
Watts, Willabrooke, even shook, when I took
A fresh-ass hook out my notebook
Rap is fantastic, I love this game
But I could name a hundred MC's who all sound the same
I drop back to throw my flow, but you missed it
You biscuit eatin baboon rapper misfit
Aww ishh, let me make a wish
I wish white supremacist racist turn to fish
So I could hook em at the lake, break out the Shake N Bake
Grub like I used ta, pass the Red Rooster
I walk down the street niggaz be like, "Yo!
That's the nigga from the video"
Like a free-falling elevator I'ma f*ck you up
It's the Ro, with the, drunk funk flow
I hate to boast but I'm the host with the most
And I'm ghost, here's a toast to my hoes from coast to coast 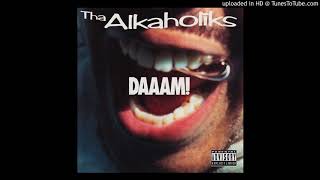