I ain't signing unless it's for a mil or more (Cash)
I smell like a pound walkin' through Interscope (Dope)
I show off what it's hittin' for (f*ck)
Travis Scott, bitch, I got the antidote, uh (Juice)
These niggas fruits, cantaloupe (Bitch)
My lil' niggas dive, Hardy Bros (Yeah)
Eat that dick like a snack, snotty nose (Thot thot)
Touch me then we shoot up your party, ho (Huh?)
Ayy, I want them racks by the lump sum
We give out the smoke, a f*ck ton (Bitch)
Bitch nigga, quit cappin', you don't want none
These niggas just rap like they on some' (Get him out of here)
He mad 'cause that nat wanna suck somethin' (Ooh)
He talk about racks, ain't touch none (Nope)
See he totin' them straps, won't bust none (f*ck)
These lil' rap niggas my grandsons (Yeah)
They lames, randoms (Bitch)
I get that pack gone, Danny Phantom (Ghost)
Know I got that sack, Santa (Sack)
No trap, we clap hammers (Baow)
These niggas be tap dancers (f*ck)
I ain't f*ck her 'cause she was below my standards (Uh) In public with iron, I ain't got no manners (Uh)
I go down and that's it, I don't got no answers
These niggas'll rat for probation (f*ck)
We give it up, donation (Uh)
They just be talkin' and fakin' (Yeah)
Come play, I'm patiently waitin' (Uh)
Lil' nigga, you ain't a shooter, you grazed him (Uh)
You probably hit him and hate it (Hah)
Free bitch, I hit her, she Blasian (What? Uh)
She said the dick amazing (Thot thot)
OG bitch a nigga like Stacy (Bitch)
These niggas broke, they shoppin' at Macys (Facts)
I don't f*ck with these niggas, I'm racist
I bring the drake out on different occasions
Bitch, who? You got me mistaken (Huh?)
Nigga, we takin' it far as you wanna take it

Hah, it's 4X, it's 4X
I end that shit however I wanna end it
'Cause I'm the hottest youngin alive, nigga
And I ain't signed, huh
You know what the f*ck goin' on
We still ridin' with iron
Billion Dollar Baby Business
No nine to five, uh
4 Way, you get this shit the Glo way
Hottest independent young nigga alive, bitch 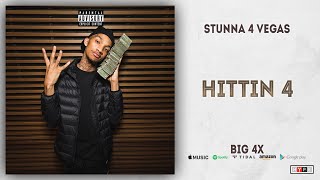